Police responding to reports of counterfeit money at area businesses 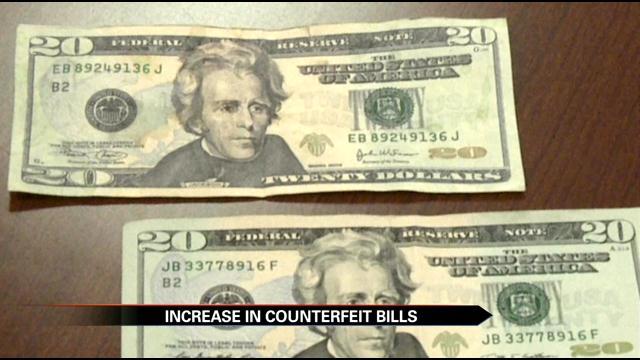 Over the past few weeks, police say they have been responding to reports of counterfeit money in the area and there are ways to prevent yourself from becoming a victim.

“It's one of those things where people, individuals are victimized, as well as businesses, when this does happen,” says Captain Phil Trent of the South Bend Police Department.

He went on to say they have received calls from the 7-Eleven on LaSalle Street and from Wal-Mart on Ireland Road, both reporting someone duped them with fake cash.

Wal-Mart released a statement saying, “We take theft in our stores very seriously. When our associates detect counterfeit bills, we work with local law enforcement and take appropriate measures to address it.”

In these cases, the counterfeit money was caught and taken to police before it made it into the hands and wallets of other customers.

The fake bills that have been picked up by police have the same serial number.

While a few fake bills will not lead to the demise of a massive retail store, it can greatly impact your wallet.