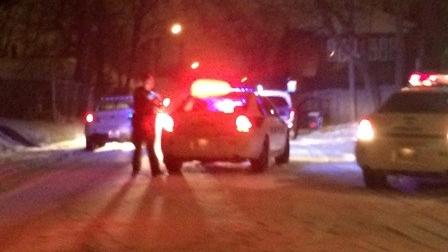 South Bend Police got called out the the corner of Eddy St. and W. Sorin Street before midnight because somebody saw a suspicious vehicle in the neighborhood.

Police say when their officers approached the SUV and tried to pull it over, four men inside jumped out and ran away on foot. They took off down different side streets, but police managed to find three of them and take them into custody.

"As soon as I turned on my lights to stop them, they stopped and that's when they jumped out of the vehicle," said South Bend Lt. Steve Noonan. " Because we had all been in the area looking for him, we were able to catch three of the four."

They're all minors, so they're in a juvenile detention center.

The fourth suspect, who police describe as a black teenager wearing blue and white checkered pants has not been located.