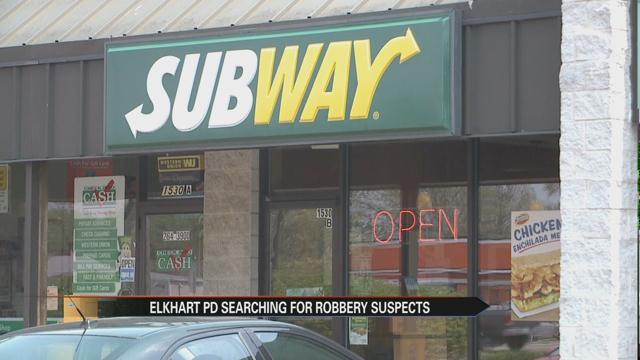 Elkhart Police are searching for two suspects who robbed the Subway at gunpoint Wednesday morning.

The Subway is at 1530 Cassopolis Street, near E. Bristol Street.

Sergeant Chris Snyder of the Elkhart Police Department says the suspects entered the store and displayed handguns. They took cash and fled the store.

The employee was not injured.

There were no customers in the store at the time.

The suspects are described as two black males wearing black hooded sweatshirts with their faces covered.