Police searching for person who poured gasoline on porch 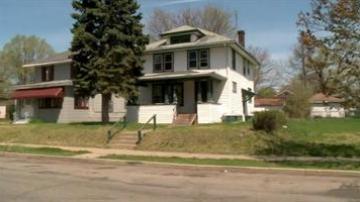 SOUTH BEND, Ind. -- An Indiana Avenue resident woke up early Tuesday morning to the overpowering smell of gasoline. Someone had doused her front porch in gasoline and left behind a lighter.

Kelly Rahmah says she woke up around 2 a.m. to the strong smell of gasoline.

South Bend Police and Fire responded. Firefighters used water to try to wash the gasoline off the porch.

A lighter was on the railing and Rahmah says she knows who owns it.

She said this isn't the first time it has happened to her home. Last year someone doused her back porch in gasoline and set it on fire.

She believes she was targeted and knows who is doing it. Now she's just waiting for police to talk to the person.

Police have not released any information about a suspect in this case.