Police searching for suspects in afternoon shooting in South Bend 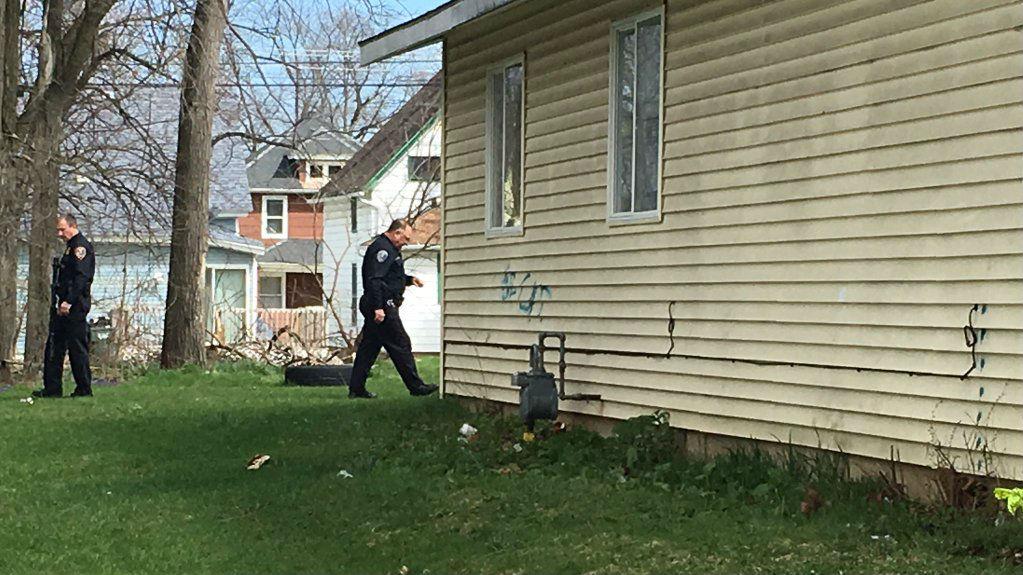 South Bend Police responded to the scene of a shooting that happened Sunday afternoon near downtown South Bend.

Police say shots were fired at a home in the 400 block of Birdsell Street.

They say shots rang out around 2:22 p.m. and multiple units responded to the scene.

Two women were home with a child at the time of the shooting and they say two men entered the home and opened fire.

No injuries have been reported at this time and police are continuing to search for the two suspects.

Police say both suspects are African-American males in their mid twenties and one was wearing a gray hoodie.

We have a reporter on scene gathering all the latest details. Tune in at 6:30 p.m. for the very latest.