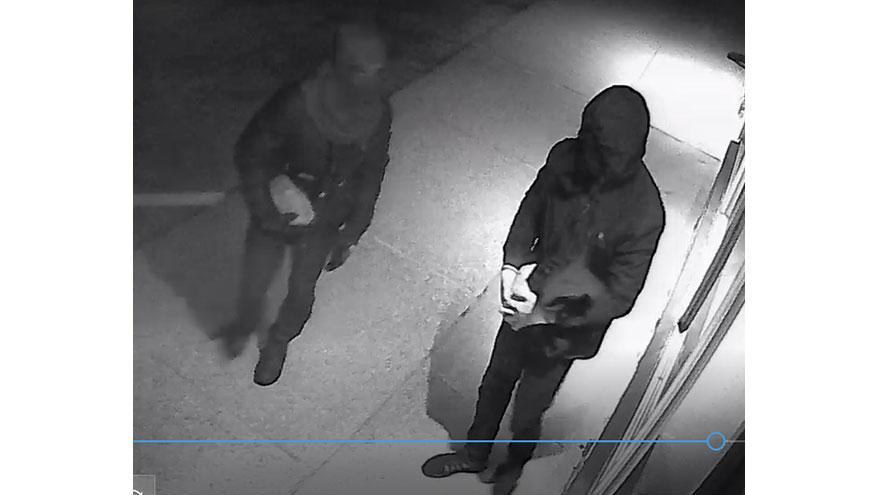 When police arrived at 5:14 a.m., the suspects were gone.

Surveillance video showed 3 suspects breaking a large window of the building. They entered the building and were inside for about 30 seconds, then left with 5 long guns, reports said.

The suspects got into a vehicle they had parked on Kimmel Street and fled the scene.

Police said the vehicle appears to be a newer, light colored Chevy Camaro.