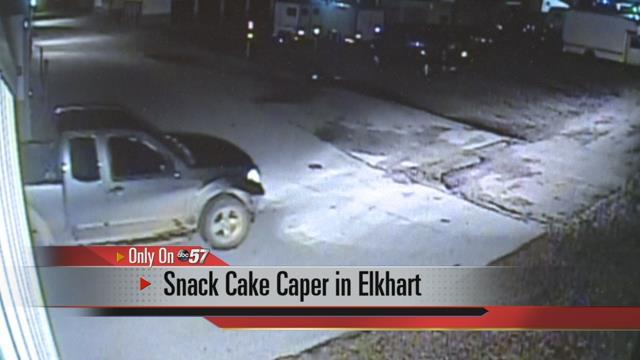 Elkhart Police are searching for two people who made off with 25 cases of Little Debbie snacks.

The theft happened sometime between late Tuesday and early Wednesday at Irongate Self Storage on CR 9, according to police.

The suspects were captured on surveillance video.

The stolen snacks are worth about $500.

Police say the suspects also tried to pry open the door of a trailer, but were unsuccessful.