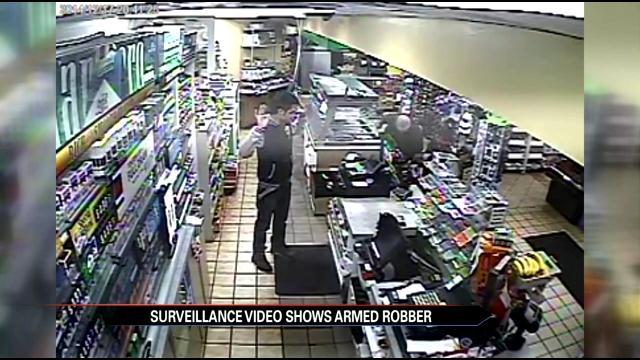 St. Joseph County Police are investigating an armed robbery at the Country Cupboard convenience store on Quince and State Road 2.

Imagine getting gas, maybe stopping inside for a snack and all of a sudden seeing a hooded man walk in with what looks like a sawed-off shot gun.

That's exactly what happened on Wednesday night at the Country Cupboard convenience store.

Herman Garcia, a driver who frequents the Country Cupboard, says he's feeling lucky he didn't decide to fill up that night.

“That would be pretty shocking to all of a sudden walk in to a business getting robbed,” says Garcia.

Police say the suspect got away with an unknown amount of cash taken from both registers.