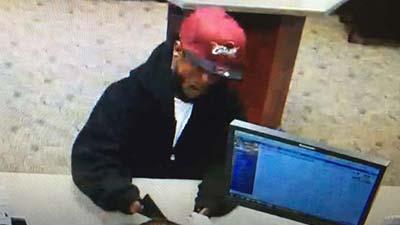 The St. Joseph County Police Department has released surveillance photos of the person they say attempted to rob the First State Bank in the northern part of the county on Thursday.

Police say just after 4 p.m., a black male entered the store and handed the teller a note demanding money.

The suspect did not display a weapon.

The suspect did not get away with money and left the bank and fled in a black mid-sized sedan.

If you have any information on the robbery attempt or recognize the suspect, contact the St. Joseph County Police Detective bureau at 574-235-9569.