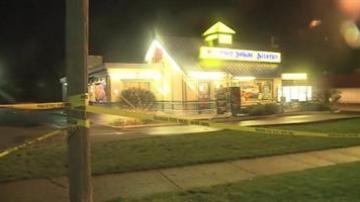 Shortly after 11 p.m. Friday, Niles Police received a call about a robbery in progress at the Long John Silver’s at 1015 S. 11th St. in Niles.

According to Millin, officers surrounded the building and saw the suspect was inside the restaurant with a handgun, and that’s when the confrontation began.

Officers from both the Niles Police Department and Michigan State Police fired at the suspect.

The suspect has been identified as 39-year-old Eddie Macon Jr.

Macon was transported to the hospital where he died from gunshot wounds.

The names of the officers involved have not been released.