Police stop plot to blow up an Oregon high school 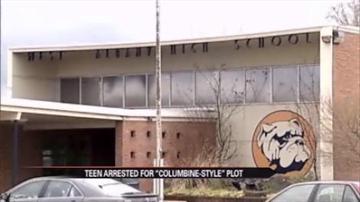 CORVALLIS, Ore. -- A teen is in jail after police stopped what could have been a plot to blow up an Oregon high school.

Police say Grant Acord,17, had everything he needed to carry out his plan including the explosives hidden in his bedroom.

Police arrested the teen at his mother's house Thursday night.

He is charged with possessing and manufacturing explosives.

Classmates say the boy was quiet and not well known.

"It's a shock. Nobody really knew the kid. We all recognized him, seen him around school," said Keagan Boggs. "But nobody's like Oh My God can't believe he did it. We're like I don't even really know who that is."

The teen will appear in court on Tuesday where he will be charged as an adult.