Police: Trouble often starts at Citgo on Bertrand and Olive 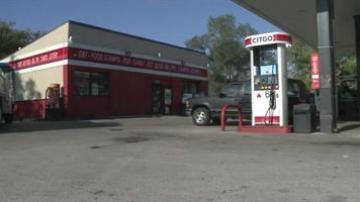 SOUTH BEND, Ind. -- The Citgo at Bertrand and Olive streets in South Bend was the starting point for several shootings last weekend.

Six months ago, the Citgo was busted for selling drugs. Last weekend it was the starting point for several shootings. What has happened between those two events bothers city councilman Henry Davis Jr.

"I'm looking at things that cause these types of businesses to pop up and become leeches on our community," said Henry Davis Jr. South Bend City Council member.

Several neighbors say they're tired of what goes on at the station.

They say the gas station is open way too late and does a poor job of booting troublemakers.

No one would go on-camera because they feel their voices aren't being heard.

"Make sure there's an agreement, between the store owner, the business, as well as the community, so that we all win along with the city," said Davis.

Davis is considering legislation that would restrict what these businesses can and can't do.

"If there's going to be trouble, that's where it's going to happen," said Captain Phil Trent of the South Bend Police Department.

Police say they're looking into it as well.

A lot of the trouble begins with the store's owner.

Dozens of people gather in the parking lot after a night of drinking.

The station's lack of surveillance cameras is also a problem.

"We've had a couple of incidents now that have occurred outside and we don't have a record of those," said Trent.

We went to talk with employees to see if they had any plans of changing. They don't.

One tool police and city officials hope to use is the new chronic nuisance ordinance that went into effect earlier this month.