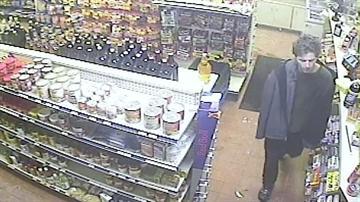 According to police, a 75-year-old Walmart employee was robbed at gunpoint on January 27 around 8 p.m.

The man's wallet with cash and credit cards was stolen.

Approximately 30 minutes later, the man in the surveillance photos used the victim's credit card at a nearby business.