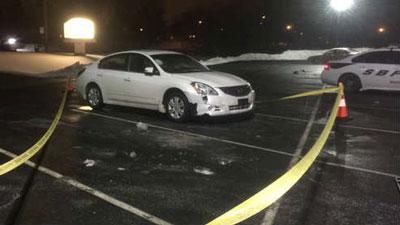 Just before 8 p.m. Tuesday night, South Bend Police were called to an accident in the 2600 block of Bendix Drive. A pedestrian was struck by a vehicle, but police do not know the victim's identity.

Police say the victim was walking with southbound traffic, wearing all black when a white Nissan Altima struck him.

The victim hit his head on the windshield.

The cause of the accident is currently under investigation.

Police say they have been  unable to identify the victim. He is described as a black male in his early to mid 20s, 160 lbs, light complexion with freckles, reddish brown hair and unshaven. He was wearing all black clothing.

The victim is in critical, but stable condition.