Police: Victim was set up by armed robbery suspects 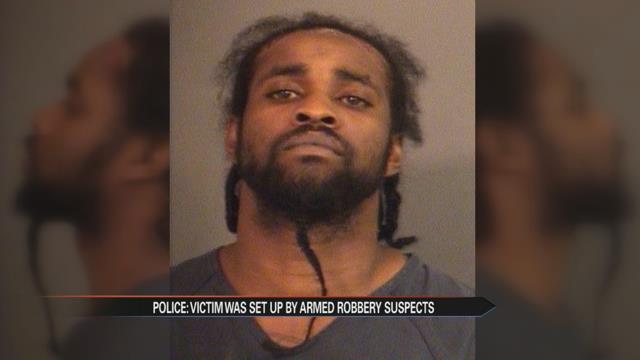 South Bend Police have two people in custody and have issued an arrest warrant for another person in connection with an armed robbery in South Bend.

In a bizarre robbery earlier this week, a man thought he was meeting with a girl at a home on South Illinois Street but when he arrived he found out they weren’t alone.

The victim told police Williams locked the front door behind him and said that their plans had changed.

Then, two men, Dylan Maggart and Bobby Blackmon, appeared, one with a bat, the other with a BB or Airsoft gun, according to police.

The victim says the men demanded money, while Williams took his keys and searched through his car.

Davis eventually was able to get out and call police.

Blackmon and Maggart are in custody while a warrant has been issued for Stephanie Williams for robbery.