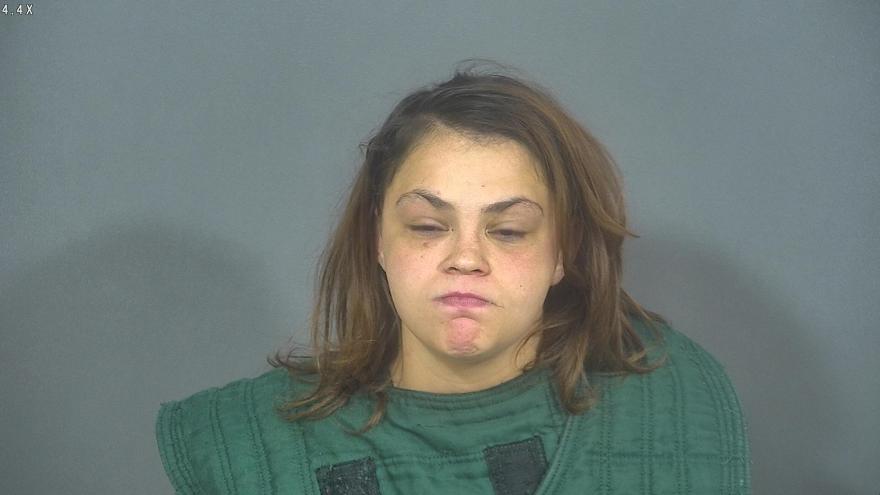 ST. JOSEPH COUNTY, Ind.—A woman was arrested on May 7 after she allegedly pulled down her pants in public, ripped hair from and bit a law enforcement officer, according to the probable cause affidavit.

According to court documents, on May 7 during the early hours of the morning, officers with the South Bend Police Department responded to reports of an intoxicated person refusing to leave a bar on Ireland Road.

Officers arrived and spoke with the bartender, who told police that a woman, identified later as Ivy Lee Fraling, came into the bar yelling and the bartender believed Fraling was over-intoxicated, court documents said.

Fraling was asked to leave and she went out to the parking lot to her car.

While speaking with Fraling, officers determined that she was not in a condition to drive and they attempted to find her a way home, court documents said.

During the conversation, Fraling became “irate” with two female officers and pulled down her pants. She was placed under arrest after this act and her intoxicated state, the probable cause affidavit said.

According to court documents, Fraling then began to struggle with officers, taking a swing at and pulling a large chunk of hair from the base of an officer’s head, causing pain and a laceration.

Another officer attempted to arrest Fraling but Fraling continued to struggle with both officers, resulting in scrapes and lacerations to the legs of both officers, court documents said.

Fraling then bit one of the officers in the arm, resulting in bruising and a laceration to the officer, court documents said.

Other officers were dispatched to assist and ultimately, Fraling was arrested and brought to the St. Joseph County Jail on charges including two counts of battery resulting in bodily injury to a public safety official, two counts of resisting law enforcement, public nudity and public intoxication.