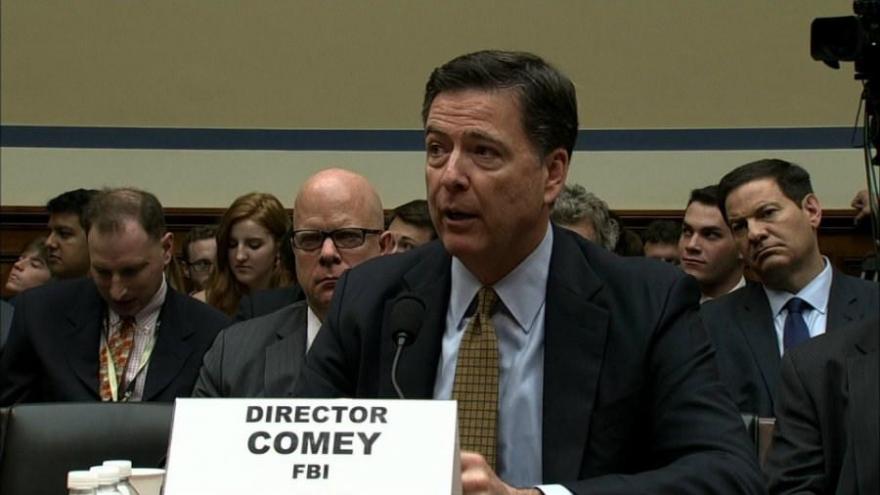 Twenty-nine percent of respondents said they approve of Trump's decision, compared to 38% who disapprove and 32% who said they did not have enough information to provide an answer.

Those numbers change with party affiliation, however. Fifty-eight percent of Republicans said they approve of Comey's dismissal, with 8% signaling disapproval and 33% with no opinion.

Despite the low overall level of support for the move, Trump's approval rating was essentially unchanged from the last NBC/WSJ poll.

The new poll found 39% approve of Trump's performance as President, while 54% disapprove and 7% are unsure. A mid-April poll pegged Trump's rating at 40% approval, 54% disapproval and 6% unsure.

A Gallup poll taken from May 10 to 11 found slightly higher approval of Trump's decision to fire Comey with fewer people undecided, with 39% approving, 46% disapproving and 15% having no opinion.

The NBC/WSJ poll also touched on Republican efforts to repeal and replace Obamacare. The House earlier this month passed the American Health Care Act, which Trump has said he supports.

A Quinnipiac University poll released May 11 found 21% of respondents said they approve of the bill, while 56% disapprove.