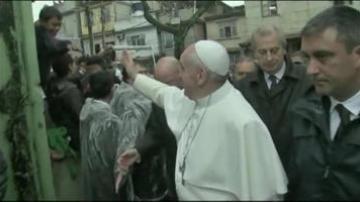 Pope Francis elaborated in an interview Thursday on comments he made over the summer about homosexuality.

This time the Pope said to leave the gays alone.

"The church has sometimes locked itself up in small things. The people of god want pastors, not clergy acting like bureaucrats or government officials," said Pope Francis.

He said it was in line with the Catholic Church’s book of official doctrine.

In July the pope said "who am I to judge" gay people. That gays and lesbians "must be accepted with respect, compassion, and sensitivity."