Pope Francis gets a snazzy new Lamborghini -- and auctions it off 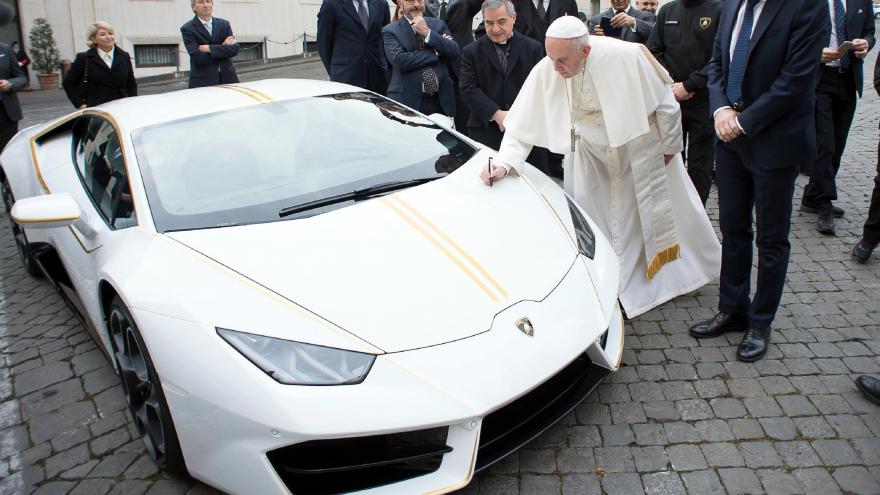 (CNN) -- The two struck a striking figure: the Pope in his white cassock and his snazzy new ride with its white gleam.

This photo was taken Wednesday at the Vatican as Pope Francis was gifted with a special edition Lamborghini Huracan.

It shows the Pope signing the hood of the car, which is sure to considerably bump up its value. (A Huracan already sells for upward of $200,000).

That's a good thing because the Vatican plans to auction off the car, with proceeds going to three charities.

One of them will help rebuild homes and churches on the towns of the Nineveh Plains in Iraq. ISIS had forced Christians to flee the area. The two others help sex-trafficking victims and development projects in Africa.

In 2014, the Pope had a Harley-Davidson auctioned off for charity. The motorcycle sold for $284,000, more than 10 times its normal sales price. A Harley motorcycle jacket signed by Francis sold for nearly $68,000.