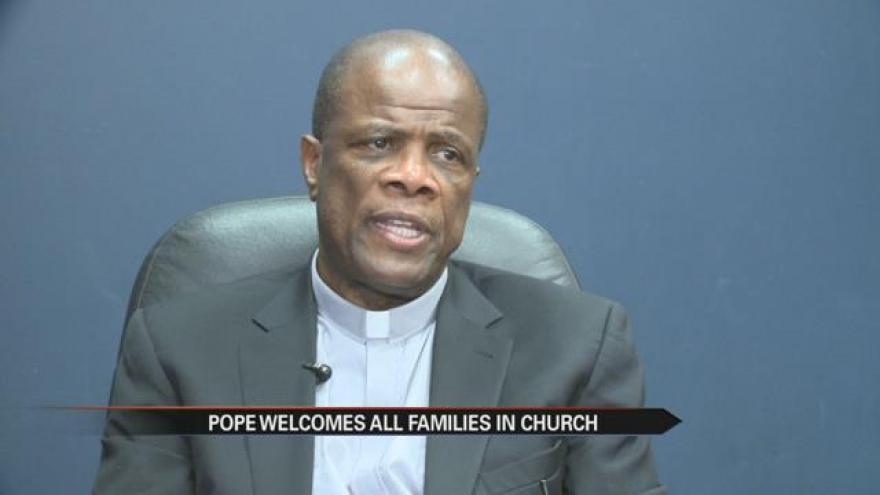 The 255 page document echoed his teachings during his pilgrimage last year to the United States – calling for more tolerance and compassion for all families, regardless of who makes up their members.

“He’s holding the church entirely responsible – in its entirety responsible – for presenting the message of the Lord Jesus in a way that is life affirming,” says Reverend Paulinus Odozor, University of Notre Dame Professor of Theology.

Though the pope stands firm that the ideal marriage is between a man, a woman and their children, as it most closely resembles the Holy Trinity, the pope’s message is clear: all are welcome at the Catholic Church – regardless of their lifestyle or life choices.

“You can be a part of the church because God already loves you and God is pulling you into himself,” says Father Odozor.

The Pope’s paper also tells church officials they are being called to “form consciences” – not to replace them - when dealing with people who are different.

And it doles out a rather large slice of humble pie when it tells us that we all need “a healthy dose of self-criticism when it comes to how we judge and treat others.”

Our shortcomings are no surprise to Father Odozor.

“That’s what you get when you have human agents trying to transmit divine truths,” he remarks.

However, in spite of any opinions to the contrary – the Pope’s message remains steadfast.

Single parents, special needs children, gay couples, refugees, even the unemployed or poverty-stricken, all make the list of folks Pope Francis thinks need to be brought back into the fold.

As far he’s concerned anyone who would refuse to minister to someone seeking God is not living by the teachings of the Pope.

“It would be really un-Christian for anybody to do that,” he says.