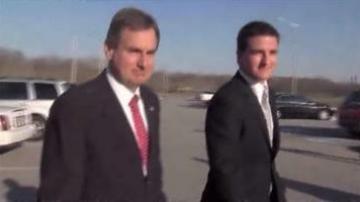 At a recent debate, Republican Richard Mourdock said that when life begins from rape, it is something God intended.

Larry Flynt has a $1 million proposal for Mourdock--prove the comments about rape are in fact true.

Flynt took out a one page ad in the Indianapolis Star to make the offer.

If Mourdock can prove it, Flynt will give him the million dollars.

Mourdock has until 5 p.m. the day before the election to respond.