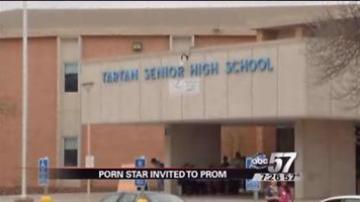 There has been some controversy lately over a prom invitiation!

A high school senior in Oakdale, Minn. couldn't find a date to the prom, so he took to Twitter in search of a date.

One of the adult film stars actually said yes!

While the student got the support of his peers, school administrators did not feel the same.

The student and his would-be date said they will just throw their own prom instead.