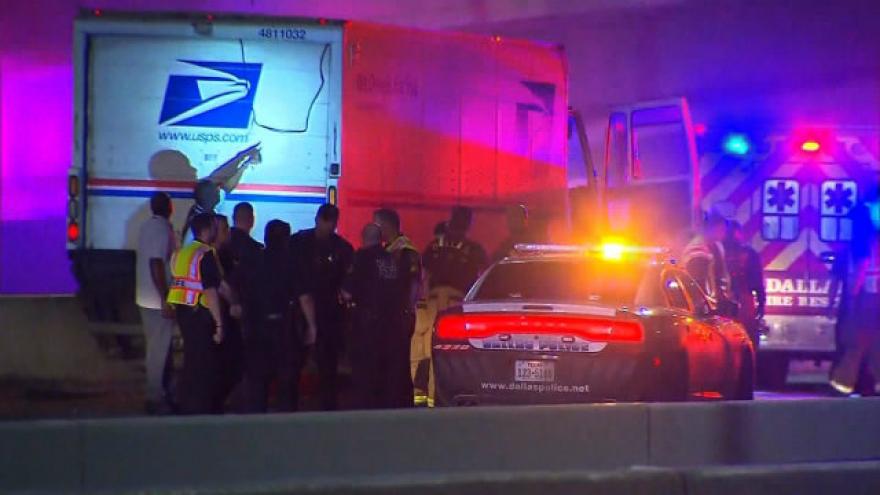 First responders surround the US Postal Service truck on I-30. Photo courtesy KTVK

(CNN) -- A US Postal Service employee was found fatally shot inside a truck on Interstate 30, Dallas police said.

The employee was found about 2:20 a.m. Monday in a USPS box truck on the Dallas-Fort Worth Turnpike Freeway, police said in a statement.

Homicide detectives and US postal inspectors responded, but police did not indicate what might have happened. The victim has not been named yet.

A photo from the scene shows the truck resting beside a guard rail.

On February 8, a marked Dallas police squad car was shot at about one mile from Monday's incident. The officer was not injured, CNN affiliate KTVT reported.

Police said there is no evidence to link the two shootings.