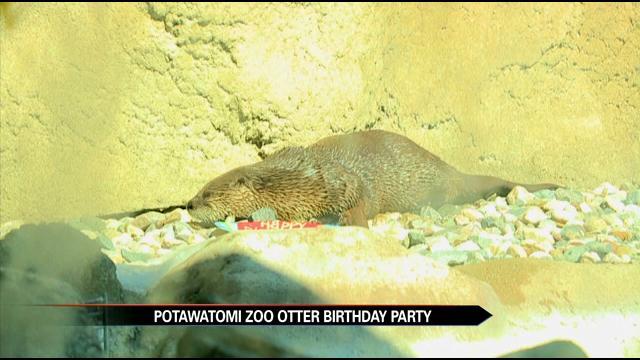 The Potawatomi Zoo  held a special birthday party Saturday during one of their final Winter Days events of the season.

During the festivities, the Potawatomi Zoo staff helped kids make their very own safari kits and took them on a scavenger hunt through the zoo.

The zoo also hosted a birthday party for the otters during the event.

"Today is the otters' birthday. The boys are turning seven and the girls are turning eight. We celebrated by giving them a bunch of treats, we did a live fish feeding, and we sang 'Happy Birthday' to them," said Jami Richard, an Otter Keeper at the Potawatomi Zoo.

The otters are now teenagers in "otter years."

The zoo's final Winter Day of the season will be Saturday, March 14th.

The zoo will officially open for the season April 3, 2015 and has recently opened registration for its summer camp.