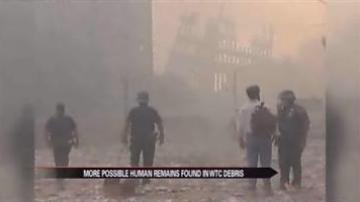 NEW YORK — More possible human remains have been discovered in debris from the September 11 terror attacks.

Twenty-one potential human fragments were recovered this week. That brings the total number of fragments to 39 since the recent operation began.

DNA testing will have to be done to identify the fragments.

The last sifting operation was back in 2010.