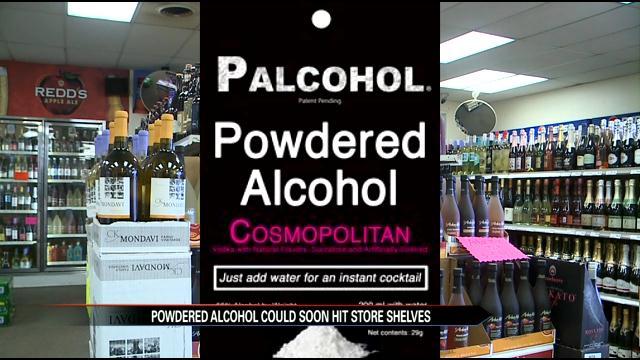 Senate Bill 6 has been causing a bit of a stir in Indiana. It would legalize of “Palcohol” or powdered alcohol.

Mark Phillips the creator of Palcohol says there is no reason to ban his product, and he created it for convenience.

It can instantly turn any beverage into a cocktail.

Now some Indiana lawmakers, like Senator Ron Alting who represents Tippecanoe County, are looking to ban it from Indiana liquor store shelves.

A statement released from Alting says in part, “It's not good public policy to have a product like powdered alcohol easily accessible due to its potential for harm and abuse, especially by underage Hoosiers.”

Phillips says their efforts to ban his product are just plain wrong, and if people want something, they find a way to get it anyway.

"There is no way a 15 year old can buy vodka in a liquor store because she is not of age, but she can easily go on the street and buy marijuana because marijuana is banned and there are no rules for distribution and anyone can sell it to anyone."

So what's in the controversial concoction?

According to the Palcohol website, “Basically, alcohol, and in the cocktail versions, natural flavorings and sucralose as a sweetener.”

"It's so easy for something to be slipped in a drink already," said Miggins.

She feels this could open up potential dangers.

"I think if anything, this powdered alcohol could only add to the binge drinking epidemic that we see today in the United States and that's a serious concern," said Miggins.

Others say they may give it a shot.

Henry Reed a manager at Portage Liquor in South Bend says, he wouldn't mind making it available but says some may take it too far.

"I can see a high potential for abuse and misuse especially college students," said Reed.

This bill will be voted on Wednesday by the House Committee on Public Policy, if it were to pass it will be sent to the full House.