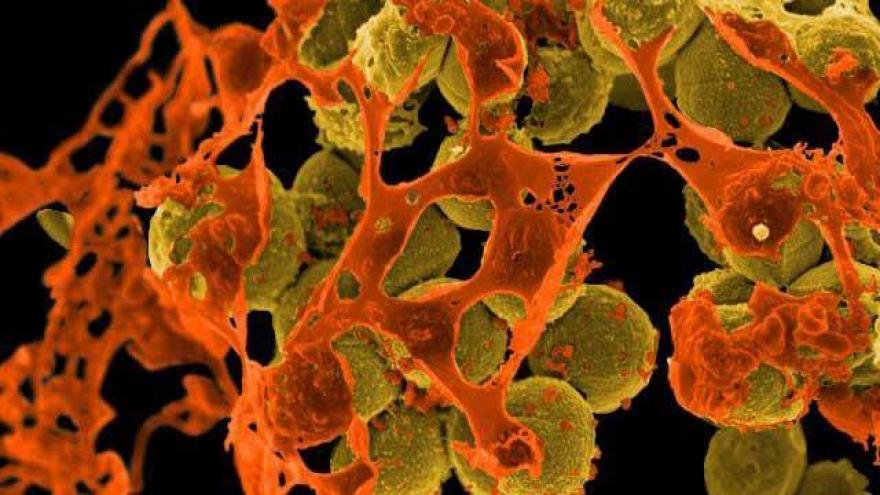 (CNN) -- Scientists in the United States have developed a vital tool in the battle against superbugs by re-engineering a decades-old antibiotic.

A new version of vancomycin is much more effective at fighting Enterococci bacteria, which is found in hospitals and can cause dangerous wound and blood infections. Some infections had become resistant to the drug, which has been prescribed for 60 years.

The research team, from The Scripps Research Institute in San Diego, California, described the new drug as "magical" in its strength, the UK Press Association reported.

It could be years, however, before the completion of clinical trials needed to turn the lab discovery into a mass-produced medicine, an expert told CNN.

The study, published in the journal Proceedings of the National Academy of Sciences, says the modification gives vancomycin a 1,000-fold increase in activity, so doctors could use less of it to fight infection.

It works on bacteria in three ways to make it harder for them to develop resistance.

"This increases the durability of this antibiotic," said Dale Boger, who led the research and is co-chair of The Scripps Research Institute's chemistry department.

"Organisms just can't simultaneously work to find a way around three independent mechanisms of action," he said. "Even if they found a solution to one of those, the organisms would still be killed by the other two."

Antibiotic resistance is rising to dangerously high levels around the world, threatening the ability to treat common infections such as pneumonia, tuberculosis, blood poisoning and gonorrhea, the World Health Organization warns.

The Scripps team described vancomycin as an antibiotic of last resort, used only after treatment with other antibiotics has failed.

"This is a relatively simple modification that's made a much better drug," Dr. Andrew Edwards, a lecturer in molecular microbiology at Imperial College, London, told CNN.

He described it as a "very significant" development, explaining: "Hopefully what this means is there will be another option for treating really serious invasive infections. It's almost like having a new antibiotic."

Still, Edwards said, the need for more testing means its availability is likely years away.

And while promising, the re-engineered drug is not effective against all types of resistant bacteria, Colin Garner, CEO of the charity Antibiotic Research UK, told CNN.

"It is good, interesting science, but it is not going to cure antibiotic resistance," he said.

"This is going to be one small step on a long road to trying to tackle antibiotic resistance," Garner said. "In the UK, at least 12,000 people a year are dying from antibiotic-resistant infections. That's about the same number as breast cancer."