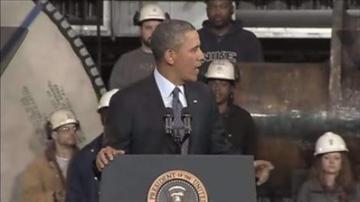 President Obama is apologizing for a comment he made about the Attorney General of California.

The comment is being called sexist because his intended recipient is a woman.

The president called Kamala Harris the "best-looking attorney general in the country."

People are furious with the president. He has made comments about "good-looking" people in the past, but all of them were directed at men.

"He fully recognizes the challenges women continue to face in the workplace, and that they should not be judged based on appearance," said White House press secretary Jay Carney.

The president called Harris to apologize for his comment.