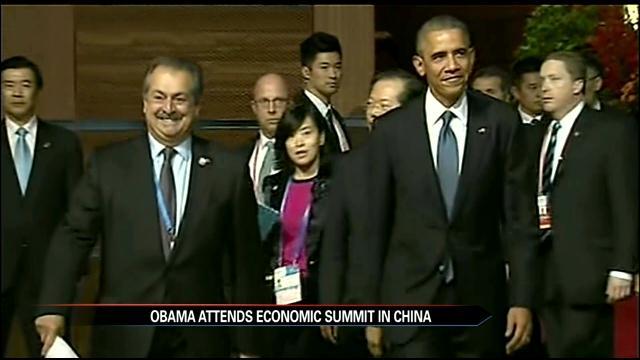 Early Monday morning, Obama arrived in Beijing for the Meeting of the Asian Pacific Economic Cooperation or APEC.

Both Obama and the President of China discussed issues like cyber security and human rights.

“Our future, our security, and our prosperity is inextricably intertwined with Asia,” says President Obama.

After leaving China, the President headed to Myanmar, then to the G-20 Summit in Australia.