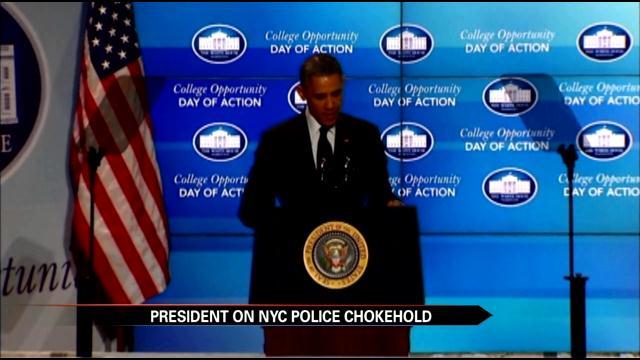 On Wednesday, President Obama spoke at a summit on College Opportunity and weighed in on the grand jury's decision not to indict a NYPD officer after the death of Eric Garner who is accused of selling untaxed cigarettes.

The president applauded New York City's mayor and demonstrators for their peaceful response to the outcome.

President Obama is asking Congress for the $263 million in funding for police body cameras and training.

“When it comes, as we've seen unfortunately in recent days, to our criminal justice system, too many American people feel deep unfairness when it comes to the gap between our professed ideals and how laws are applied on a day-to-day basis,” says Obama.

He went on to say that he is taking steps to help strengthen the relationship between law enforcement and communities of color.