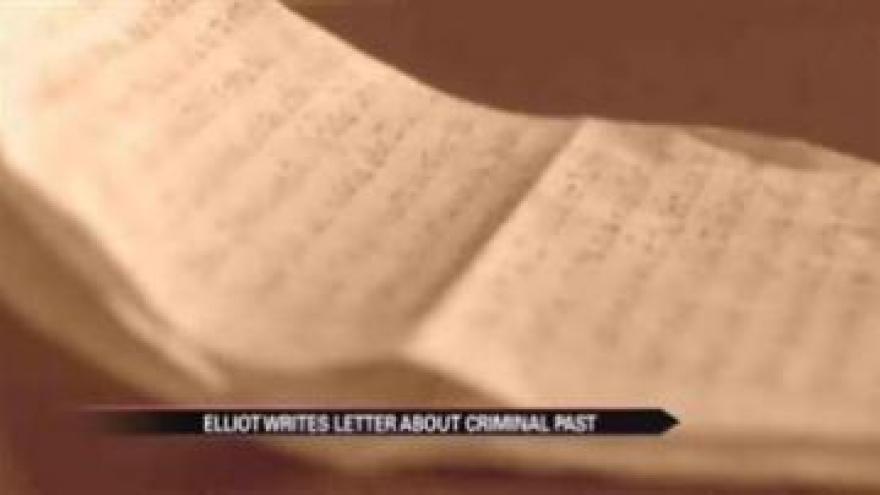 In a 5-page letter to WZZM, Michigan prison escapee and convicted killer Michael Elliot tells why he decided to escape and what happened between him and the woman he kidnapped and carjacked the night he broke out.


In response to the inquiry of why he chose to escape the Ionia Correctional Facility on February 2nd, Elliot said, "I have been fighting my case for 20 years or so, and the courts just have failed to look at the evidence fairly. After all that time of no one listening - I decided to free myself."


Elliot went on to describing his actions that evening.


"Even in my desperation to be free, I never caused anyone any physical harm. I went out of my way to make sure (this woman) was not in any more fear than the situation itself presented. I told her repeatedly that I had absolutely no intention whatsoever in harming her."


He also provides details of his attempts to keep VanWormer calm while he held her captive.


"I asked about her family (husband and daughter), things she did for fun (computer games), and what in her mind she was really missing that evening on account of my interruption. Anything important? She said no."


Despite his efforts, the situation remained the same. VanWormer was being held against her will, and she found an opportunity to free herself when the two of them made a stop at a Middlebury gas station. VanWormer locked herself inside of a bathroom and called 911.


"She lied about having a cell phone," Elliot wrote.


After some time went by, Elliot realized she wasn't coming back out.


"I felt something was wrong as I pulled off, cops were on the way with sirens flashing. I never would have hurt that lady or anyone else. I never killed anyone."


Elliot finished his letter by saying that he'd call or write again soon.