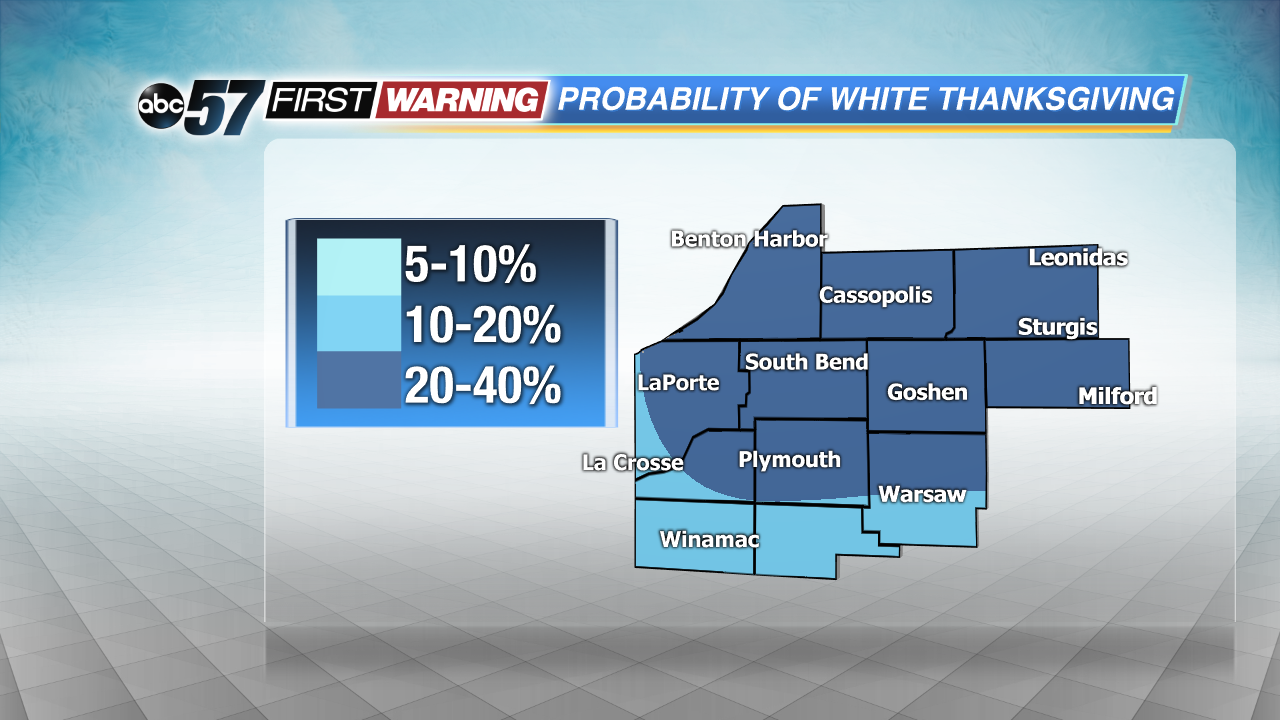 It's hard to ignore the threat of snow as we get later and later into November -- especially here in Michiana with Lake Michigan sitting just to our west. And while South Bend has only recorded a trace of snow thus far this season, parts of the Upper Midwest and the West have seen a lot of snowfall. In fact, just over 13% of the Lower 48 is snow-covered compared to only 0.3% at this time a year ago. 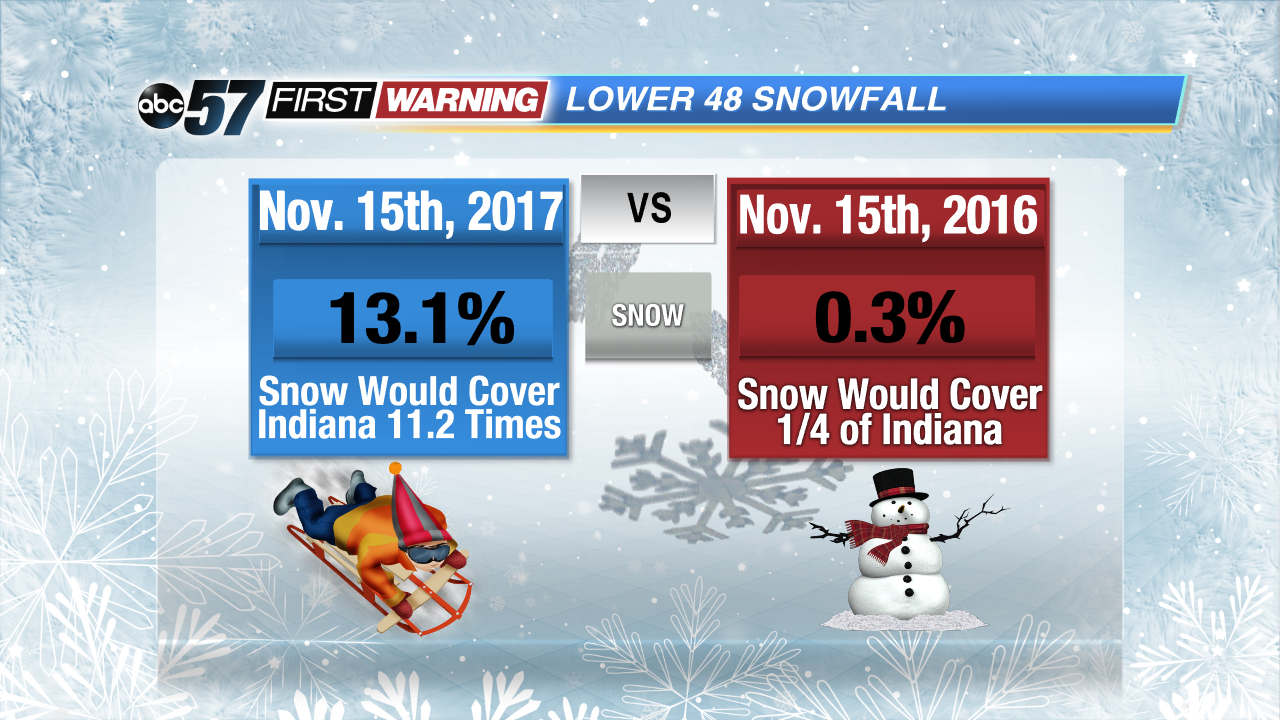 Believe it or not, the square area currently experiencing snow cover is the same size as the state of Indiana taken 11.2 times! Just a year ago only a quarter of Indiana would have been covered in snow. What a difference a year makes, right?

With that impressive increase in snow pack, one has to wonder about the possibility of a White Thanksgiving. Parts of Michiana have a higher chance than you may think; anywhere from as little as 15-20% to as high as roughly 25% or so.

In fact, South Bend has recorded snow on Thanksgiving many times -- 32 to be exact. Values range from a trace of snow to as much as 7.5" of snow. Of course, most of our Thanksgivings have been snow-less (about 74% of them to be exact). 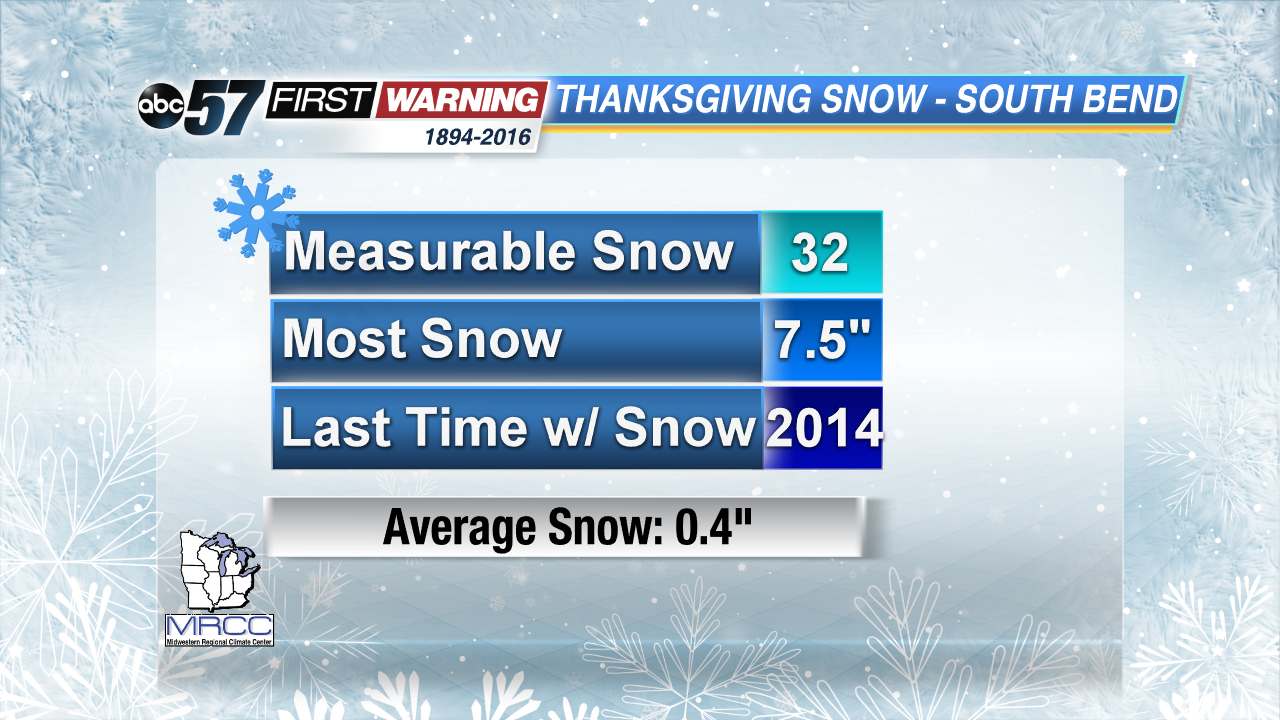 And you don't have to go too far back to reach our last year with a White Thanksgiving. We recorded 2" of snow in 2014. So yes, White Thanksgivings do happen. But they certainly are by no means the norm across northern Indiana and southwestern Michigan.