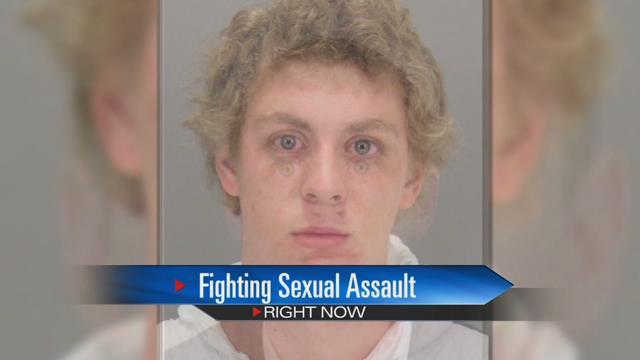 The country is still discussing the decision made by a California judge to sentence a convicted rapist to six months in county jail.

Brock Turner, the Stanford University student who sexually assaulted a young woman behind a dumpster at a fraternity party faced up to 14 years in prison if convicted.

Though he was convicted of three counts of sexual assault with intent to commit a rape, Santa Clara County Superior Court Judge Aaron Persky handed down just six months in county jail.

Outrage has ensued nationwide on behalf of the victim – a 23 year old woman who remains anonymous.

The day after the sentence was handed down, everyone from ESPN radio host Mike Golic to Turner’s own defense attorney seemed to have something to say.

“If my daughter was a victim of this I'd be livid, I'd be furious,” Mike Armstrong, Turner’s attorney told CNN.

Experts in the field are incensed, if not surprised, by the sentence.

Tracey Horth Krueger, Interim Director of the Indiana Coalition to End Sexual Assault says that's just a part of "rape culture," the ongoing acceptance of the crime of rape.

“We shouldn't take a pen and draw a circle around college campuses and say ‘in here you can commit sexual assault or rape and not much will happen to you,’” remarks Dauber.

She feels the university has been particularly insensitive in the statements they’ve put out in response to the incident and wonders why the school wouldn’t express some consideration and apologize to the victim for what she suffered on their property.

We reached out to Judge Persky for comment, but discovered his clerk’s phone at the court house has been disconnected.

Judge Persky was reelected unopposed to his seat on the bench Tuesday. However, Professor Dauber says she’ll see to it that he doesn’t get to finish his term.

According to Professor Dauber, we need judges on the bench that understand violence against women and can make good decisions that will send an appropriate message to sexual offenders.

The message as far as Krueger is concerned is clear. If there’s no consent, it’s rape. If you’re unconscious, there is no consent.

Visit the Indiana Coalition to End Sexual Assault website for information on what you can do to get involved in your community.