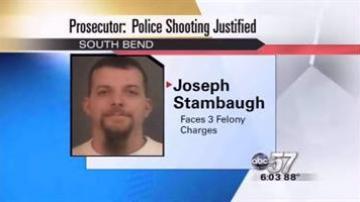 It happened about two weeks ago.

They say he nearly hit an officer with his car before he crashed in front of Perley Primary Center.

Stambaugh is charged with resisting police and cocaine possession.

He is still in the hospital.