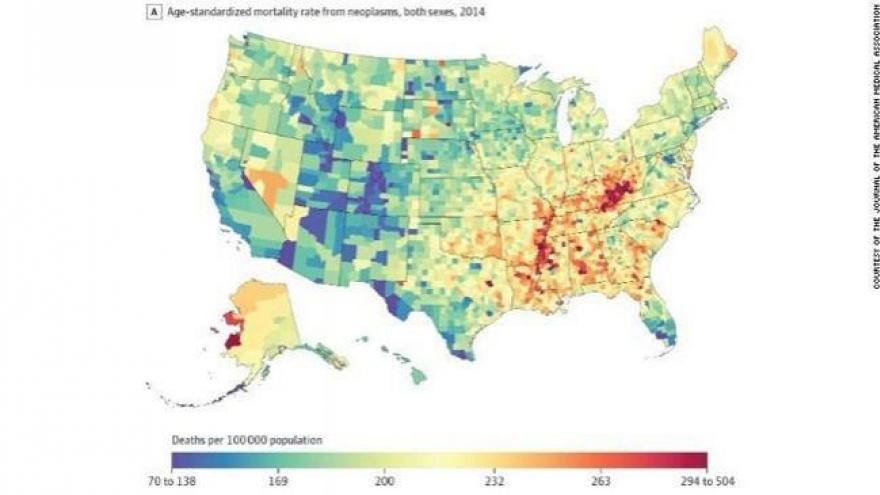 (CNN) -- Men younger than 70 with no signs of prostate cancer may no longer be discouraged from checking their PSA levels, according to guidelines proposed today by the US Preventive Services Task Force.

But experts say that a positive test may leave some confused about what to do next.

In 2012, the task force recommended against routinely checking the levels of prostate-specific antigen, or PSA, in the blood, saying that the risks outweighed the rewards. But the latest draft loosens the reins for men 55 to 69 with no symptoms or history of prostate cancer: The former D rating, which discourages screening, has been upgraded to a C, which leaves the decision up to "a man's values and preferences," the task force said in a statement.

The D rating remains for men 70 and older.

According to the task force, many prostate cancers grow slowly or not at all, so some men will not experience any symptoms, nor will they die from the cancer.

"We were very concerned in 2012 that many, many men were being treated for prostate cancer," said Dr. Kirsten Bibbins-Domingo, chairwoman of the task force, an independent panel of medical experts.

"The balance has shifted," she added, "and now we can recommend that men have a conversation with their doctors about screening."

Bibbins-Domingo said that several studies have reinforced not only the benefits of PSA tests but also ways to lessen the harms of screening, which include unnecessary biopsies and treatments. Because radiation and surgery may lead to impotence, bowel injury and problems with urination, some men may be uncertain about what to do with a positive test result.

One of the studies that influenced the committee's decision came in October, when researchers showed that doctors could safely monitor a patient's prostate cancer -- largely through repeated PSA checks -- without rushing to treat it.

In the study, only about 1% of men died of prostate cancer over 10 years, with no significant differences between those who were treated and those who simply kept a watchful eye. The authors calculated that a surgeon would need to perform 27 prostate removals in order to prevent just one case of the cancer spreading to other areas.

"Men who have low-risk prostate cancer, they don't have to go right away to aggressive treatment," Bibbins-Domingo said.

Not everyone fully agrees with the proposed changes, which are open to public comment through May 8.

"Prostate screening has been a contentious issue ever since the prostate specific antigen test became available more than three decades ago," Dr. Otis Brawley, chief medical officer of the American Cancer Society, wrote today in a CNN op-ed.

Prostate cancer is one of the most common types among men in the US; nearly 13% will be diagnosed with it over the course of their lifetimes, according to the National Cancer Institute. The latest data show that over 180,000 men were diagnosed with prostate cancer in 2016, but there were only 26,000 deaths from it. Prostate cancer accounted for 4.4% of all cancer deaths in the United States last year.

Prostate cancer can raise levels of PSA, a protein produced by the prostate gland -- but this doesn't happen in all cases. PSA can also go up for other reasons, such as infections or benign enlargement of the prostate. Because the test is imperfect, Brawley said, there are a number of missed cancers and false alarms.

"It literally misses as many prostate cancers as it finds," Brawley said.

About 70% of men with elevated PSA do not have prostate cancer when they are biopsied, according to research.

"The PSA test is not a great test. We all acknowledge that. We need better tests," Bibbins-Domingo said.

"We encourage men to be informed, and that is the basis of this recommendation," she added.

A number of celebrities and politicians have become advocates of PSA testing after being diagnosed, Brawley said, raising awareness and fueling what he described as a "screening frenzy" that was also driven by early research, health fairs and doctors themselves. Prostate cancer treatments also led to considerable profits for hospitals, he added.

Last year, actor Ben Stiller announced that he had had his prostate surgically removed in 2014, after testing revealed that he had developed prostate cancer in his 40s.

"Taking the PSA test saved my life. Literally," he wrote in a blog post.

Dr. John Meigs, president of the American Academy of Family Physicians, often thinks of two former patients who were screened when the PSA test was used more liberally. Both had high PSA levels and were eventually diagnosed with prostate cancer.

"They could not live with the fact that they had cancer. It had to come out," Meigs recalled.

But his patients died of something else entirely and spent their final years "incontinent and miserable," he said.

"We did them no favors by telling them they had cancer and giving them surgery," he added.

But now that there is more evidence about the pros and cons of screening and treatment, Meigs said, a "primary care physician is probably the best one to have that conversation, someone who knows them and their entire situation."

The American Academy of Family Physicians will conduct its own review of the evidence. However, Meigs said that he and other family doctors have come to depend on the task force's recommendations, which are known for sticking closely to the available evidence.

The proposed guidelines do not specify how often men might want to screen their PSA levels, if they choose to do so. Bibbins-Domingo said the largest European studies have generally screened every two to four years.

"A discussion to send a PSA test shouldn't happen annually," she said.

Bibbins-Domingo said that more research is needed to figure out whether to screen these men more aggressively than the general population.

The task force updates their guidelines every five years. Bibbins-Domingo said that the final draft may come toward the end of the year, once the task force considers all the public comments it receives.

"Once diagnosed, hopefully patients and their physicians will not rush into treatment," he added.