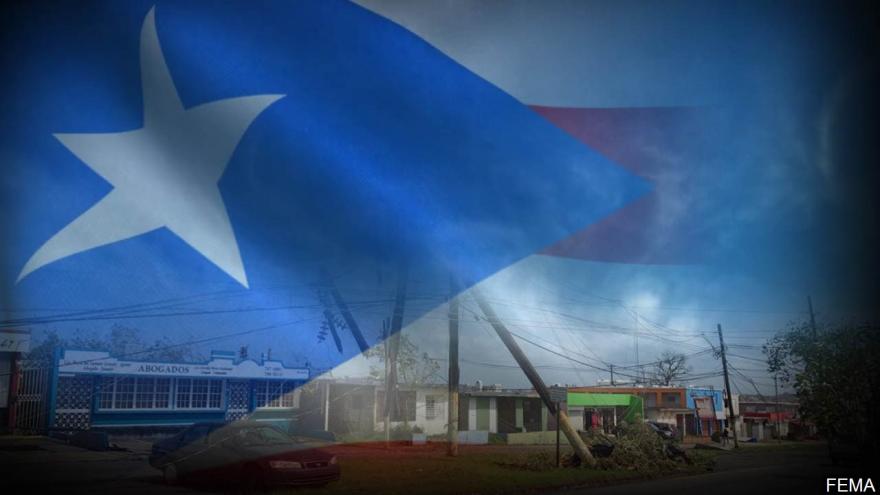 (CNN) -- Nearly three weeks after Hurricane Maria pummeled Puerto Rico, the vast majority of the island remains without power and the death toll from the storm has risen to 45, authorities said.

In addition, more than 110 people remain unaccounted for, according to Karixia Ortiz, a spokeswoman for Puerto Rico's Department of Public Safety.

The recovery has moved slowly since Maria struck the US territory on September 20, leaving most of the island without basic services such as power and running water, according to residents, relief workers and local elected officials.

Hospitals throughout the island have been running low on medicine and fuel, officials said.

In the town of Caguas, in the island's central mountain range, some patients -- including one breathing with the aid of a ventilator -- had to be evacuated to the Navy hospital ship USNS Comfort near San Juan after a generator failed, Dr. Christian Rodriguez said this week.

At least two people have died from leptospirosis, which spreads when the urine of infected animals gets into drinking water, San Juan Mayor Carmen Yulín Cruz told CNN Wednesday.

"We're not out of the woods yet," she said. "We are now starting to see a lot of health issues... So we are in a great effort, a great humanitarian effort."

As of Wednesday 89% of the island was without electricity and almost 47% had no phone service, according to a website set up by the Puerto Rican government. Some 43% of the island's 313 bank branches remained closed, it said.

At least five of those who are missing lived in the northern coastal town of Arecibo, where residents have been lining up for hours to buy ice and fuel.

Some arrive as early as 1 a.m. at ice plants that won't open for another six hours for a chance to buy a single bag of ice at a 20% markup, according to residents.

Kelly Lopez cried while saying she was denied an extra bag of ice for her sister, who is epileptic and bedridden.

"This is so hard on all Puerto Ricans," she said.

For weeks, island residents have been queuing up in seemingly interminable lines for their basic needs -- from food to cash.

Abisain Medina said he drove 30 minutes to Arecibo to stand in line at a bank for five hours before the bank's computer's crashed.

Puerto Rico Gov. Ricardo Rosselló, citing an "unprecedented catastrophe," has lobbied Capitol Hill for a significant new influx of money soon as the island perches on the brink of "a massive liquidity crisis," according to a letter obtained by CNN.

In a three-page letter sent to congressional leaders, Rosselló is requesting more than $4 billion from various agencies and loan programs to "meet the immediate emergency needs of Puerto Rico."

The Trump administration submitted a $29 billion disaster-relief request to Congress last week to fund recovery efforts in the wake of hurricanes Harvey, Maria and Irma and to pay federal flood insurance claims. The House is expected to vote on that measure as soon as this week.

Rosselló also pointed to a potential exodus of the island's inhabitants should aid not be available in a timely manner -- something he has also emphasized in conversations with lawmakers.

Over 400,000 Puerto Ricans have moved to the mainland United States since 2004, according to the Pew Research Center. Puerto Rico now has 3.4 million residents.

Many left because Puerto Rico suffers from high unemployment, rising taxes and few job opportunities outside of tourism.