Rand Paul gives thanks for support after assault in Bowling Green 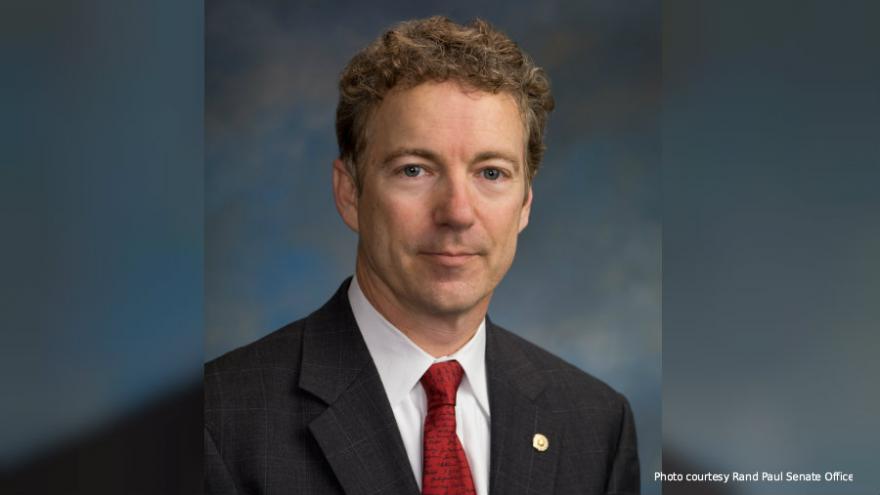 (CNN) -- Sen. Rand Paul has spoken out about his assault at his home in Bowling Green, Kentucky, saying he and his wife are grateful for the support they've received in the wake of the incident.

"‪Kelley and I appreciate the overwhelming support after Friday's unfortunate event," Paul wrote on social media Sunday morning. "Thank you for your thoughts and prayers."‬

The Republican senator was assaulted by a neighbor on Friday and suffered "minor injuries," according to Kentucky State Police.

State troopers responded to a call to Paul's residence at 3:21 p.m. and arrested a man named Rene Albert Boucher, who they allege "intentionally assaulted" the senator.

Paul "told police that his neighbor came into his property and tackled him from behind, forcing him to the ground and causing pain," according to a police statement in the arrest warrant.

The warrant, which was obtained by CNN affiliate WBKO in Bowling Green, said Paul had injuries to his face, including small cuts to the nose and mouth area, and had trouble breathing due to a potential rib injury. Paul was seen by a doctor Friday, the warrant said.

Boucher is an anesthesiologist and pain specialist, according to the Bowling Green Daily News. The newspaper also reports that he invented the Therm-a-Vest, a cloth vest partially filled with rice and secured by Velcro straps. Its purpose is to relieve back pain by delivering heat straight to the affected areas.

Boucher was charged with one count of fourth-degree assault. As of Saturday afternoon, he was being held in the Warren County Regional Jail on a $5,000 bond.

CNN was unable to reach a representative of Boucher on Saturday night.

Kelsey Cooper, Paul's Kentucky communications director, said in a statement: "Senator Paul was blindsided and the victim of an assault. The assailant was arrested and it is now a matter for the police. Senator Paul is fine."