Rapinoe converts and US gets past Netherlands on penalties 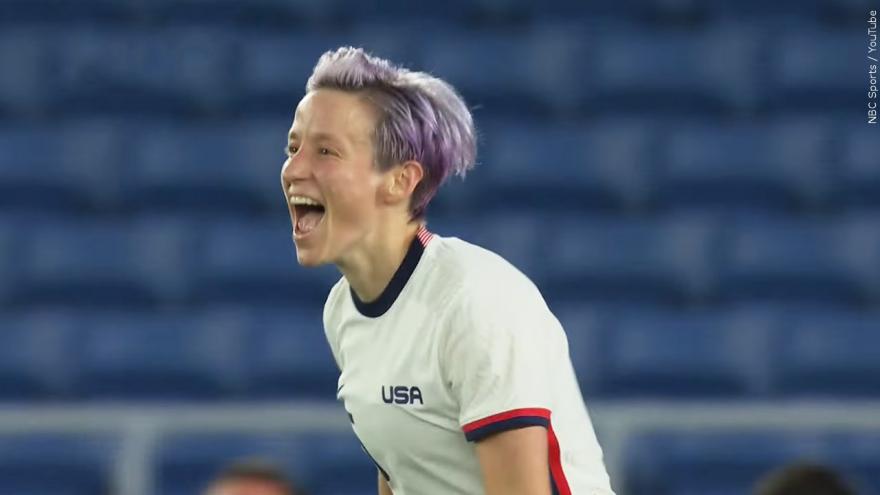 YOKOHAMA, Japan (AP) — Megan Rapinoe converted the deciding penalty in a shootout and the United States advanced to the semifinals of the women's Olympic soccer tournament 4-2 following a 2-2 draw with the Netherlands.

United States goalkeeper Alyssa Naeher stopped Vivianne Miedema's opening attempt in the shootout and then saved a shot from Aniek Nouwen before Rapinoe put her penalty away.

Rapinoe turned to her teammates, folded her arms and grinned in triumph after scoring in the shootout.

The United States will next face Canada in the semifinals in Kashima on Monday.