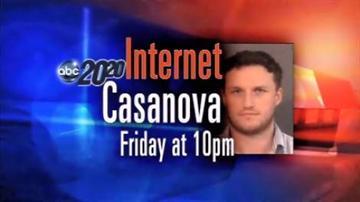 Ray Holycross, who has been called the internet Casanova, pleaded guilty to theft Thursday.

Police say he was an online predator who wooed and stole from dozens of women all across the US.

In February, ABC 57 News broke the story of Holycross's arrest in Mishawaka.

Thursday he pleaded guilty to theft.

"I don't know how someone lives a life of lies for that long," said Theresa Bridegroom, who turned Holycross in.

A special report on how ABC 57 broke this investigation wide open airs immediately after 20/20.