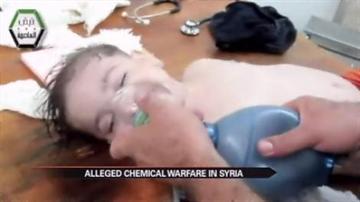 DAMASCUS, Syria -- Rebels in Syria are making claims that the country's government killed at least 100 civilians in a chemical attack.

Video that is making its way around the world shows men, women, and children, shaking, convulsing, and even foaming at the mouth.

Now the United State, the United Kingdom and France want a team of United Nations experts already in Syria to be allowed to investigate that site.

"This represents, no matter what the conclusions are, a serious escalation with grave humanitarian and human consequences," said U.N. Deputy Secretary General Jane Eliasson.

The White House Thursday say it is "deeply concerned“ but it remains to be seen how the United States will respond if that U.N. team can officially verify the alleged chemical attack.