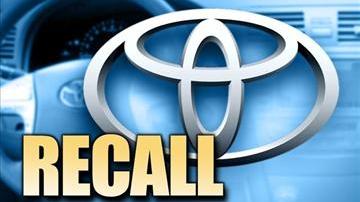 The company is recalling three different vehicles for airbag and brake problems.

Nearly 500,000 Toyota Tacomas have been recalled for faulty steering gears, the issue could stop the airbag from working.

The brake lamps were incorrectly installed in about 186,000 of those vehicles.

No accidents or injuries have been reported due to either of these problems.