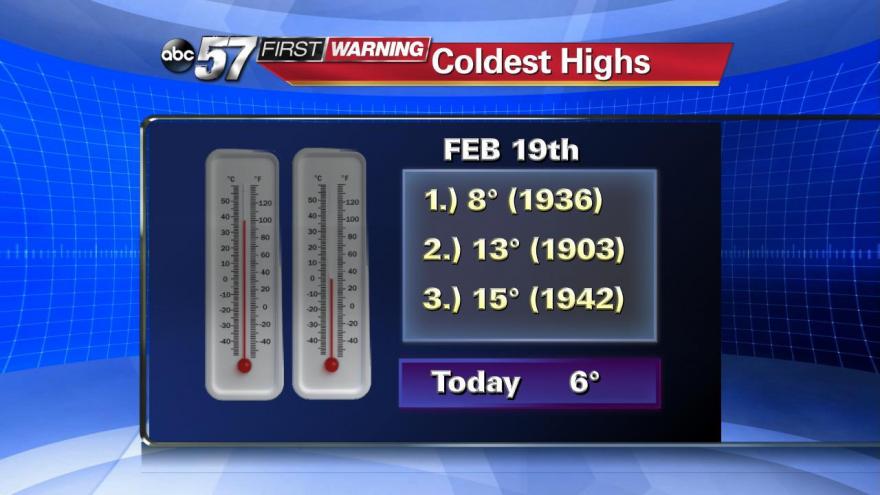 It's been snowy for some, but frigid for everyone. Thursday was the coldest day of this winter season and now Thursday night into Friday morning could also be record breaking.

Lows Friday morning look likely to break records and could be the coldest night of the season. So far, the coldest night this winter was -9° on January 8th. The record low for February 20th is -6°, that was reached in 1929 and 1903.

All of Michiana is forecast to fall well below zero Friday morning. Stay with the ABC-57 First Warning Neighborhood Weather Team as they track the cold.