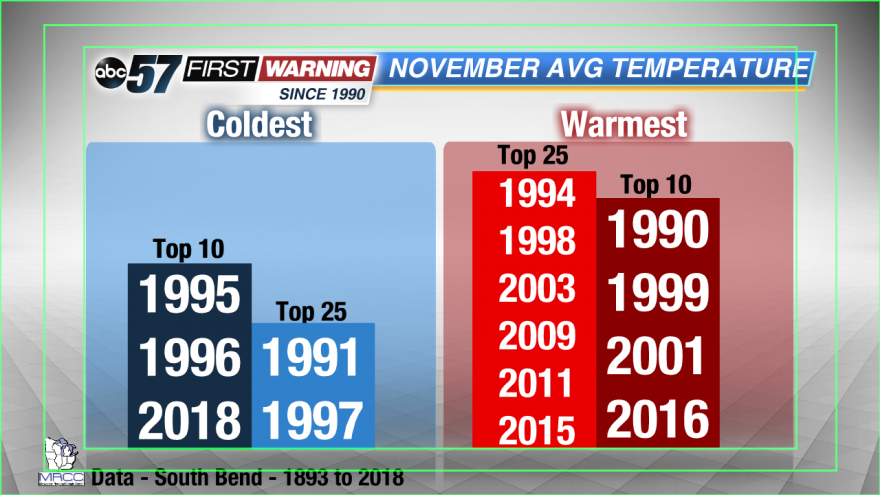 SOUTH BEND,IND – Climate deniers are the first to jump on any cold snap as proof against climate change. Yet they are the last speak up during an abnormally warm period. In either case it’s wrong to attribute it to global warming. Instead it’s important to look at each event as another data point in our climate history.

November 2018 will go down as one of the coldest on record. Preliminary data shows it will likely finish as the 6th coldest on record (due to a tie for fourth). That is significant, this past month was COLD. 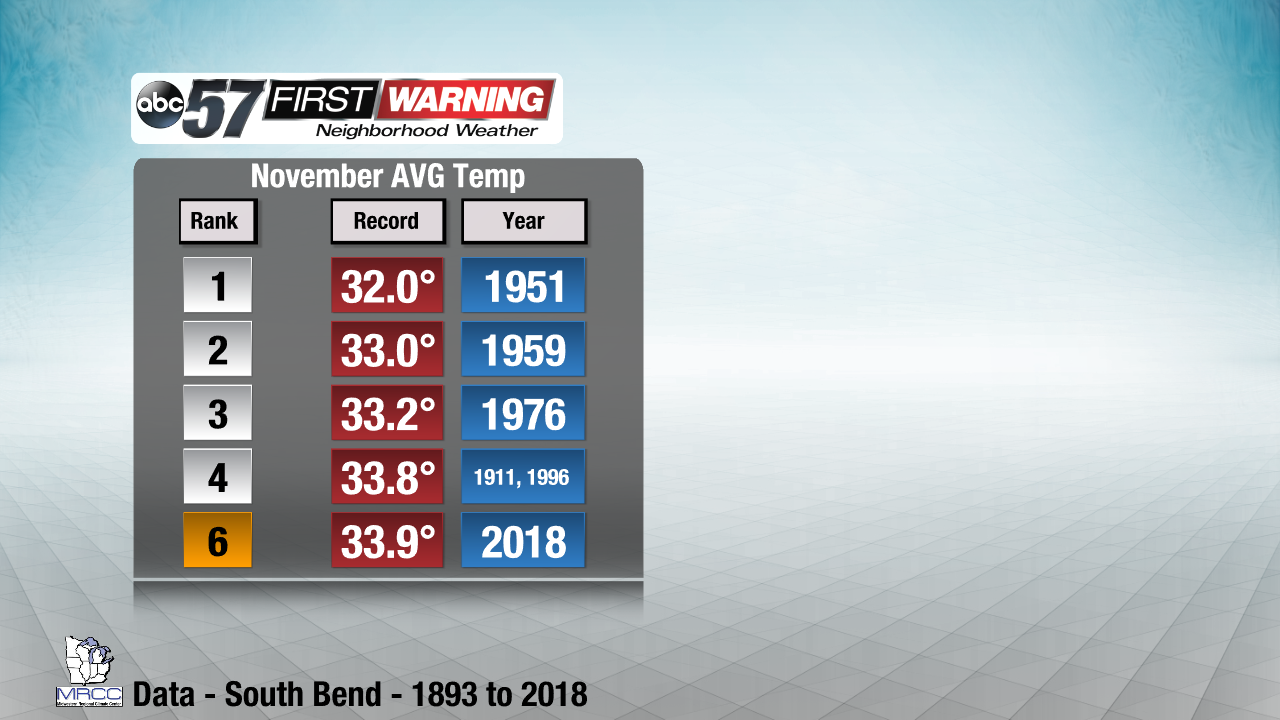 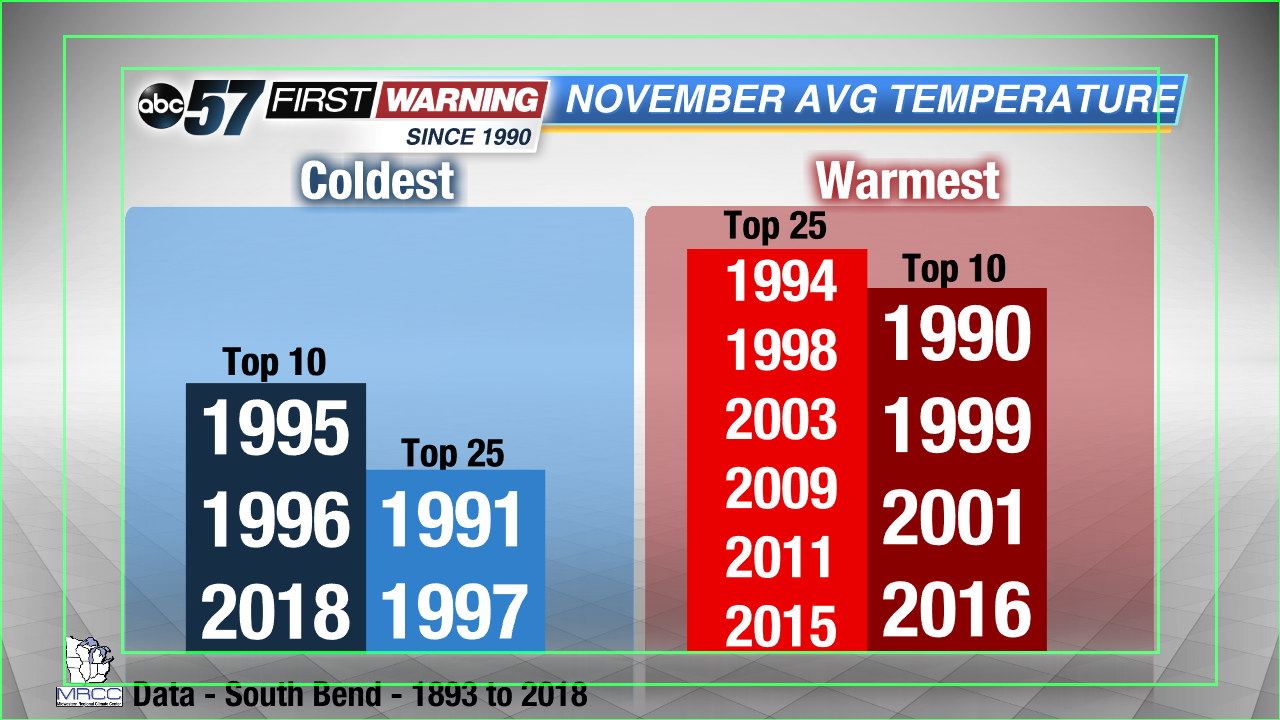 Looking at national temperature anomalies for the climatic period 1981 to 2010, Novembers have trended significantly warmer than normal across much of the continental United States. 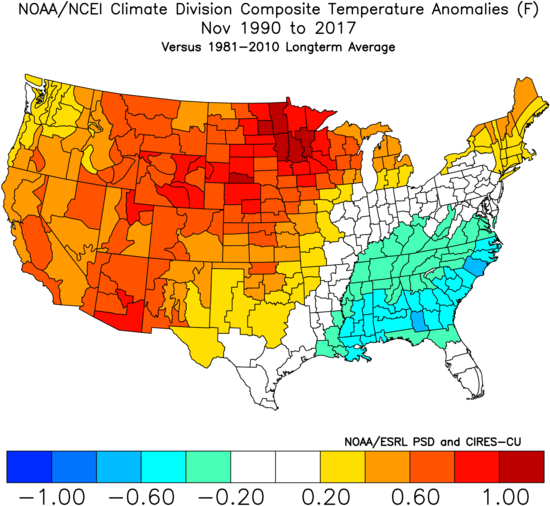 When you compare the trend to what was typical since 1951, the entire country has trended warmer in November. 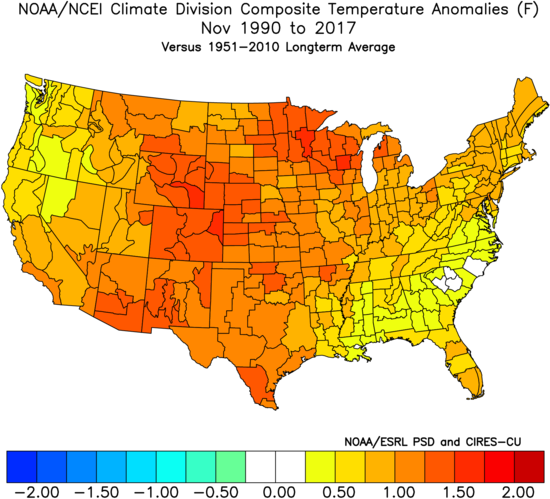 Climate change is cumulative. It’s not about one record event, it’s about looking at the trend and one of those trends is record warm events are happening more than record cold events. If there was no warming that distribution would be roughly the same. It’s important to look at the significance of each record and how often they are being broken.

This is just a look at one month, the same can be said for the other 11 other months of the year, as we've seen some of the warmest years on record in recent years nationally and globally.

More information on Climate Change and its impacts can be found here, the Fourth National Climate Assessment from NOAA.