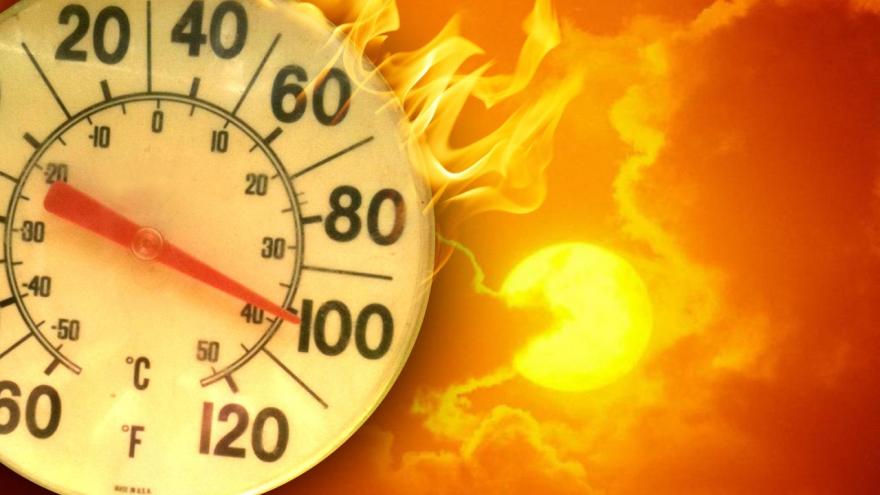 Record heat and even a highly unusual severe thunderstorm warning have occurred in Alaska over the last few days. Many locations have been well into the 70s and 80s.

There have even been a few 90-degree readings in the southern portion of the state.

To put that into perspective, South Bend has yet to reach 90° this year. The hottest temperature recorded in the city as of June 28th has been 87°! 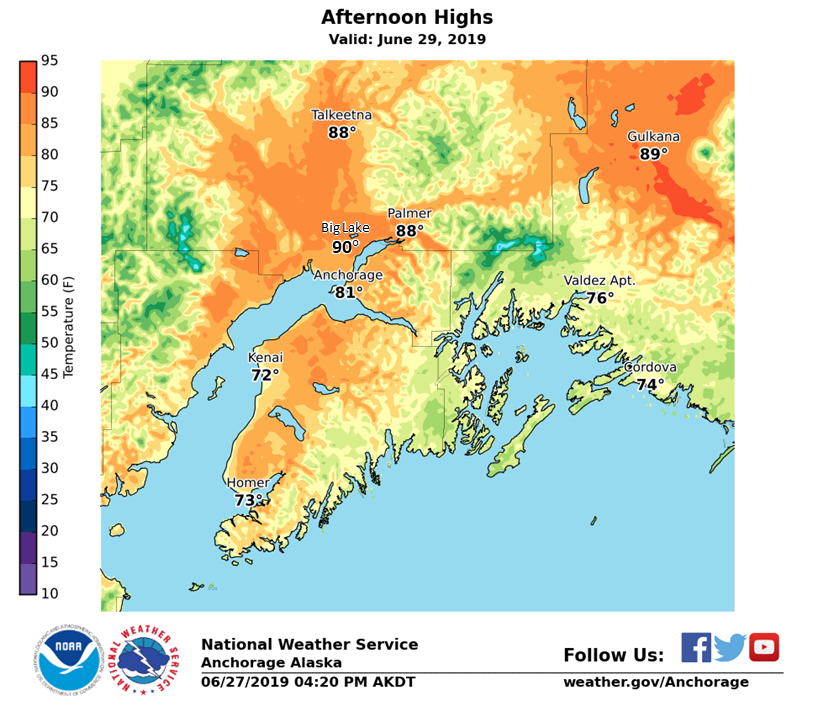 Forecast highs for June 29th for the Anchorage, Alaska, region. NWS
Hot temperatures -- even in the 90s -- do happen in Alaska, but the locations seeing the big-time warmth over the last few days don't typically see that kind of heat. For example, Big Lake is a location just north of Anchorage. The forecast for June 29th calls for a high of 90°. Between 2000 and 2018, Big Lake only hit 90° a total of 11 times!

It's not just hot temperatures that are impacting Alaska either. An extremely unusual severe thunderstorm warning was issued by the National Weather Service in Juneau on Thursday. 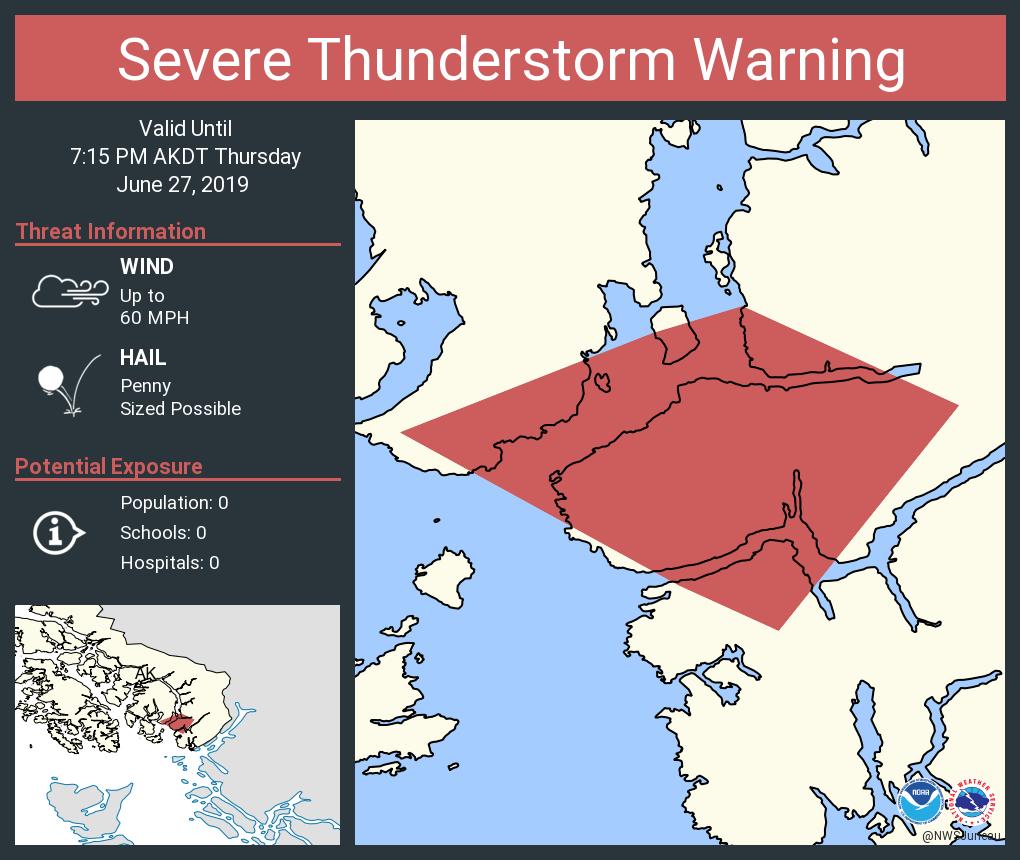 Severe thunderstorm warning that was issued in Southeast Alaska on June 27th.
It is the first severe weather warning ever issued by that office, and the first to ever impact that part of the state. During the period 2002-2016, there were only a total of 55 severe thunderstorm warnings issued for the entire state! That averages out to only 3-4 warnings each year for the state.

Looking ahead, temperatures across the state are expected to drop a bit by Sunday and into next week.