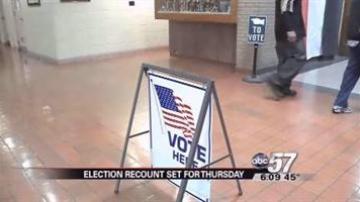 BENTON HARBOR, Mich. -- It's official; there will be a recount in the Benton Harbor mayoral race.

Immediately after the results, Cooke claimed it was because of voter fraud.  A few days later, he back-stepped, saying the results just need to be looked at closely.

The recount is set for Thursday.