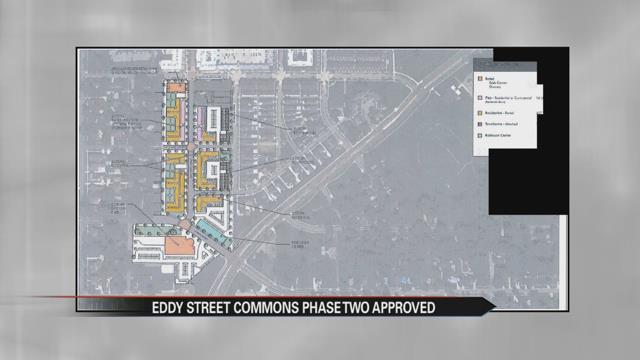 One project is Phase Two of the Eddy Street Commons and the other is a portion of the South Bend riverfront just south off Colfax Avenue.

Kite Reality Group is the group behind the Eddy Street Commons project that began back in 2006. Phase two of the project includes more than 400 new residential units, a hotel, small business spaces, and a grocery store. It will extend the Commons south to S.R. 23.

The commission also approved a development agreement with Wharf Partners LLC, that would give the city’s river front a new state of the art look.

According to the project’s lead designer, Frank Perri, luxury condos, mixed use commercial business and restaurants would be built along the riverfront.

“For me personally its been 14 years of ownership for this site loved it when bought it with former partners excited about mayors vision and what’s happened in East Bank Village,” said Perri.