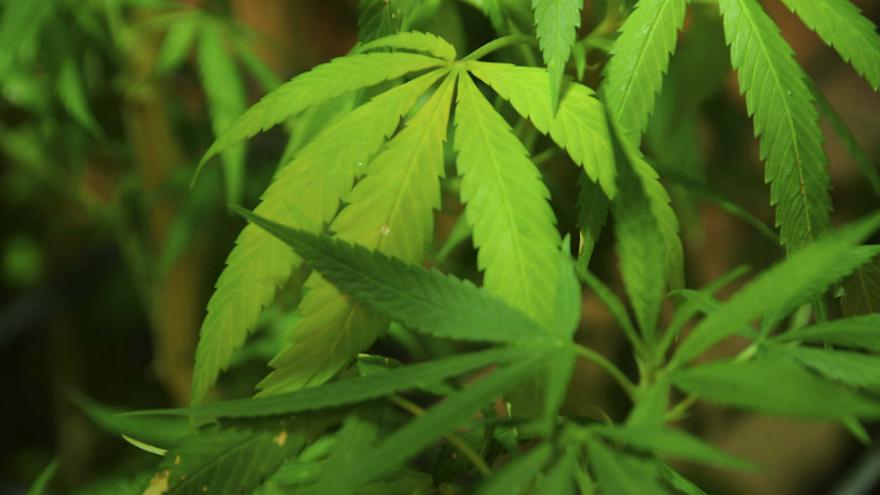 (CNN) -- Dr. Michael Eisenberg, an assistant professor of urology, sees a lot of patients at the Stanford University Medical Center who have problems performing in the bedroom.

To determine what the problem is, they'll go through a laundry list of regular activities. Often, patients will ask whether they need to smoke less marijuana.

There isn't a lot of research on the topic. However, with marijuana becoming legal in a growing number of states, Eisenberg thought it'd be worth exploring.

What he found surprised him.

"Usually, people assume the more frequently you smoke, the worse it could be when it came to sex, but in fact, we learned the opposite was true," Eisenberg said. His study was published in this week's Journal of Sexual Medicine.

The study looked at data from the US government's National Survey of Family Growth. It asked more than 28,000 women and nearly 23,000 men how often they had sexin the four weeks prior to the survey and how frequently they used marijuana in the past year.

The trend was similar for men. Men who abstained from marijuana said they had sex an average of 5.6 times in the four weeks before the survey, compared with the daily marijuana users who reported having sex 6.9 times, on average.

"We were surprised to see the positive association between users," Eisenberg said. "This was across the board: marital status, race, none of that mattered." The study focused on heterosexual sex, and it didn't explain why there might be a connection between sex and marijuana.

Eisenberg said past research on human and rodent models has shown that marijuana use may generally increase arousal. However, studies have also shown that too much marijuana use can decrease sperm count, and while men may want to have sex more, orgasm may be a challenge.

"It can have a different impact on different people," said Joseph Palamar, an associate professor in the Department of Population Health at New York University, who is not connected with the current study.

He thought it was a "cool epidemiological paper" that "did the best it could with the data," but it did have limitations. "It's unclear from the data if people had marijuana in their system before or during sex," Palamar said. Someone could smoke in the morning but not have sex until the evening, when it wouldn't be in their system any more, for example. He added he'd like to see a study that could show more of a direct effect on frequency.

Palamar authored a small study comparing the sexual experience of people who are under the influence of alcohol versus marijuana.

Studying 24 adults, his research found that people under either influence had increased feelings of self-attractiveness, but alcohol seemed to make people more social and bold and helped them make more connections with potential partners, compared with those people using marijuana. It showed that drinkers typically have more regrets about who they slept with and are less choosey, whereas marijuana users tended to be more selective.

Because marijuana is still illegal in the majority of places, Palamar found that most people have to smoke in private, and that could lead to more opportunities to initiate intimacy, compared with people who drink, since alcohol is everywhere.

Marijuana may also have increased some people's sensitivity during the act itself, although some reported getting so "lost in their own heads," they weren't paying as much attention to their partners, and they did not enjoy sex as much.

"And if marijuana makes you paranoid, as it does with some people, it could really, pardon the pun, screw your ability to have an orgasm," Palamar said. Some women also reported vaginal dryness when they smoked pot, and that too can limit sexual pleasure.

Both scholars hoped these studies will encourage other researchers to dive deeper into the topic. In the meantime, Eisenberg said that if a patient asks whether his frequent marijuana use is getting in the way of his sex life, he will tell them that "it may not be the culprit."

Regular marijuana use can have other impacts on your health. Research in adults is still limited, but what we know is that smoking can irritate your lungs, and studies have shown it can raise your heart rate, making you more vulnerable to a heart attack.

"For most people, we tell them instead to go to the gym and lose 20 pounds," Eisenberg said. Being overweight can give men arousal problems.