Reince Priebus out, John Kelly in as White House chief of staff 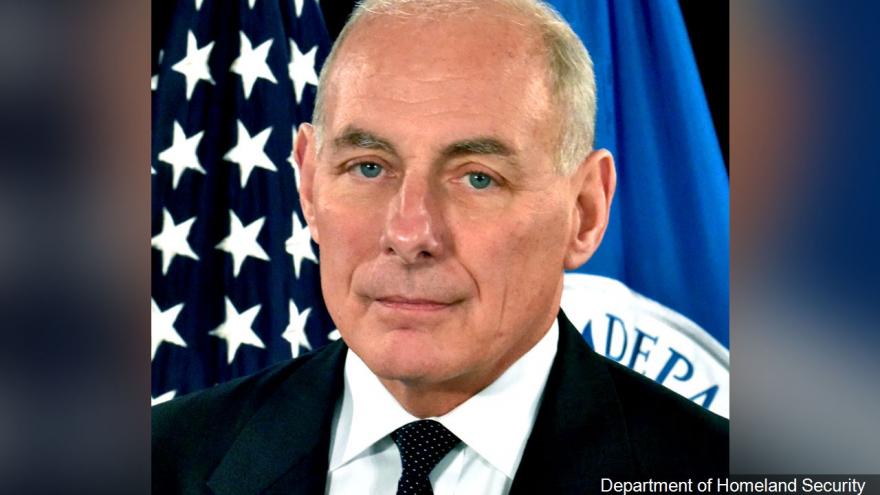 "I am pleased to inform you that I have just named General/Secretary John F Kelly as White House Chief of Staff. He is a Great American... and a Great Leader. John has also done a spectacular job at Homeland Security. He has been a true star of my Administration," Trump tweeted.

The move was announced just after Air Force One landed at Joint Base Andrews outside Washington Friday.

The move followed months of on-again, off-again speculation that Priebus would soon be ousted from an administration where he has consistently drawn heavy criticism for failing to stem the flow of leaks and struggled to impose a sense of order in a chaotic White House beset by controversies.

Priebus, who was brought on by the outsider President in large part because of his Washington relationships, also wound up carrying a hefty share of the blame for the White House's legislative stumbles.

The former Republican National Committee chairman faced a difficult task from the outset as he attempted to wrangle a hodgepodge of rival staff factions divided by ideology and allegiance, his influence supplanted by several other top advisers -- including the President's own kin -- who reported directly to Trump and not to the chief of staff.

Priebus' appointment was announced alongside Steve Bannon's, the former Breitbart editor in chief who was appointed chief strategist. The President's son-in-law Jared Kushner was named senior adviser and soon thereafter his wife -- the President's eldest daughter -- Ivanka Trump was as well.

But it was the appointment of Anthony Scaramucci to communications director last Friday that set off Priebus' final unraveling. Within days of his appointment, Scaramucci, who was added to the roster of top aides who circumvent the chief of staff and report directly to the President, took to the airwaves and suggested Priebus was responsible for leaks coming out of the White House. He leveled those charges on CNN moments after speaking with Trump.

Priebus had worked against Scaramucci joining the administration when the New York hedge fund manager was first considered for an administration post and while the two attempted to put on a show of unity in Scaramucci's first days at the White House, it quickly became clear the two men would continue to be at odds with each other.

Priebus, a Wisconsin native, joined the administration as chief of staff after a nearly six-year tenure as chairman of the RNC, the final months of which he spent in a dual role as a top adviser to Trump's campaign.

Priebus was tapped for the post at the urging of top congressional Republicans -- including House Speaker Paul Ryan, a fellow Wisconsinite -- who advised Trump that he needed a Washington insider to help him shepherd his legislative agenda. That left Priebus with the blame for many of the administration's legislative stumbles, including during the arduous attempts at passing a bill to repeal and replace Obamacare -- which Priebus had advised Trump to make his first legislative priority, promising him swift victory.

The pick was unexpected for many in the Trump campaign who saw Priebus as the embodiment of the Washington Republican establishment Trump had defeated in the primaries, and Trump and Priebus did not always see eye-to eye.

Still, Priebus helped Trump bridge the divide with many establishment Republicans during the general election and into Trump's tenure as president, serving as a key bridge between the outsider President and the insider politics he found himself at the center of.

Priebus was just the latest former RNC official to leave the administration, following the departure of White House press secretary Sean Spicer -- who resigned in protest over Scaramucci's hire -- and the ouster of deputy chief of staff Katie Walsh, a key Priebus ally who exited the administration after just two months on the job.