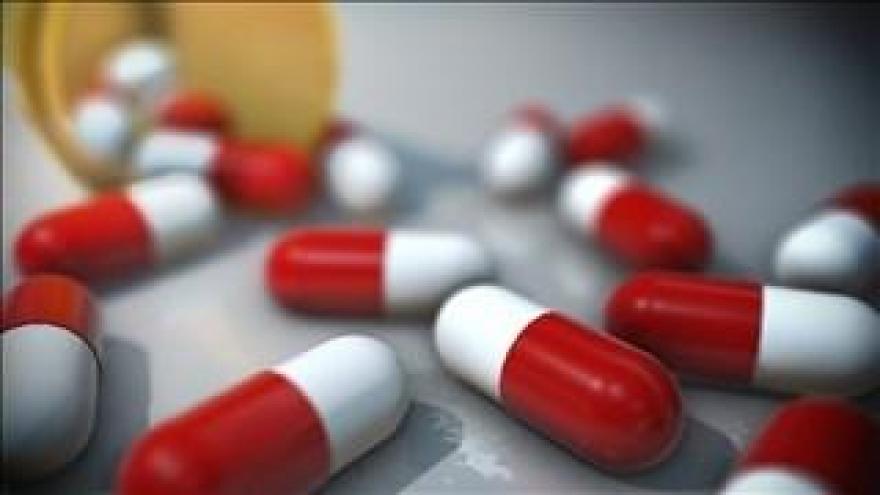 (CNN) -- When Insys Therapeutics got approval to sell an ultra-powerful opioid for cancer patients with acute pain in 2012, it soon discovered a problem: finding enough cancer patients to use the drug.

To boost sales, the company allegedly took patients who didn't have cancer and made it look like they did.

The drug maker used a combination of tactics, such as falsifying medical records, misleading insurance companies and providing kickbacks to doctors in league with the company, according to a federal indictment and ongoing congressional investigation by Sen. Claire McCaskill, a Democrat from Missouri.

The new report by McCaskill's office released Wednesday includes allegations about just how far the company went to push prescriptions of its sprayable form of fentanyl, Subsys.

Because of the high cost associated with Subsys, most insurers wouldn't pay for it unless it was approved in advance. That process, likely familiar to anyone who's taken an expensive medication, is called "prior-authorization."

So Insys set up an elaborate charade -- with employees that pretended to be doctors' offices -- to fool insurance companies into approving the drug, according to the Senate report.

Insys said in a statement provided to CNN on Wednesday that it disagreed with "certain characterizations in the staff report released today."

"The report relates to activities of former employees of our company and matters that the company has addressed in its own efforts and in connection with investigations by the Department of Justice and state attorney general offices," the company said, adding that "strengthening of our compliance program has been a significant focus for more than four years," and that Insys had "invested significant resources in establishing an effective compliance program."

The Senate report documented how beginning in 2014, when someone needed to obtain prior approval for a Subsys prescription, it was actually an Insys employee who called the insurer and its affiliates to persuade them. The insurers thought they were talking to someone who worked for the actual patient's doctor, and the Insys employees had a carefully crafted script designed to intentionally leave that impression, according to the report.

Insys even went so far as to obscure its outgoing phone number on caller IDs, so that calls wouldn't be traced back to the company, the report said. And if an insurer needed a phone number for a return call, company employees "reportedly provided a 1-800 number manned by another Insys representative -- instead of contact information for the prescribing physician," according to McCaskill's report.

During such calls, there was usually a key question: did the patient have acute pain caused by cancer, known as "breakthrough" pain? Cancer was a requirement for prior clearance to prescribe Subsys.

Insys got around this by finding calculated ways for its employees to create the impression on the phone calls that the answer was yes, they did have cancer, without explicitly saying so, according to the report.

A recording of a such a call, obtained by McCaskill's investigators and released Wednesday, shows the wordplay Insys employees engaged in.

The call involves a New Jersey woman named Sarah Fuller, who did not have cancer but was nevertheless prescribed Subsys by her doctor. Fuller died last year of a Subsys overdose, and state authorities later petitioned to have her doctor's license temporarily suspended.

On the call, the Insys employee began by saying she was "with" the office of Fuller's doctor, and subsequently claimed she was "calling from the doctor's office."

"It's an outright falsehood," McCaskill told reporters on Wednesday. "She's not calling from the doctor's office."

The Insys employee is then heard suggesting she's thumbing through Fuller's paperwork, trying to find the diagnosis in the medical records.

She casually drops the line -- sounding as if she's reading from the patient's records -- that Subsys is "intended for the management of breakthrough cancer pain," without explicitly saying Fuller herself has cancer. The Insys employee then tells the insurance representative that Fuller suffers from "breakthrough pain" -- leaving out the word "cancer."

When the representative for the insurance affiliate reiterates that he wanted to "make sure that I heard you correctly," the Insys employee tells him: "It's for breakthrough pain, yeah," again leaving out the word cancer.

The company's president and CEO Saeed Motahari submitted a letter to congressional investigators dated September 1 to respond to McCaskill's probe.

"These mistakes and actions are not indicative of the people that are currently employed at Insys," Motahari wrote, according to a copy of the letter obtained by CNN.

He wrote that Insys had "completely transformed its employee base over the last several years," and has "actively taken the appropriate steps to place ethical standards of conduct and patient interests at the heart of our business decisions."

Insys is currently in the midst of an avalanche of criminal and civil legal trouble.

"As alleged, top executives of Insys Therapeutics, Inc. paid kickbacks and committed fraud to sell a highly potent and addictive opioid that can lead to abuse and life threatening respiratory depression," said Harold H. Shaw, special agent in charge of the Federal Bureau of Investigation's Boston field office, in a statement in December.

Other federal charges have also subsequently been brought against individuals connected to Subsys, and several state attorneys general have filed lawsuits of their own.

The six executives in the original December case have pled not guilty, and their cases are currently pending. But other former employees have since made guilty pleas.

In May, Motahari, then just weeks into his new job, told analysts on a corporate earnings call that the company hoped to resolve the federal investigation against it with a settlement.

"We continue to engage in discussions with the DOJ and remain highly committed to resolving this matter," Motahari told the analysts.

Though other shoes continue to drop.

In July, former Insys regional manager for the Southeast, Karen Hill, pled guilty in a related federal case in Alabama. She described in recorded conversations excerpted in court filings how she taught salespeople to entice doctors.

"She gave examples that some of her doctors were motivated by money, chocolate and spending time with her," federal prosecutors in Alabama said in a release announcing her plea. "When the sales representative asked Hill how to identify doctors who were financially motivated to prescribe Subsys, Hill explained that she looks for doctors that are 'money hungry,' and went on to describe how to figure out if a doctor has a 'light in their eyes' and is willing to 'play ball.'"