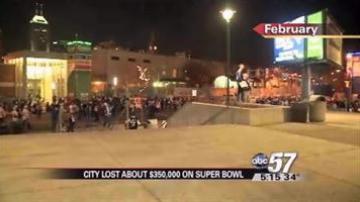 According to the Indy Star, the Capital Improvement Board released its crunched numbers and it took a loss of about $350,000.

The city spent just over $3 million on things like labor and snow removal equipment.

Last summer the group projected it would lose more than $800,000.